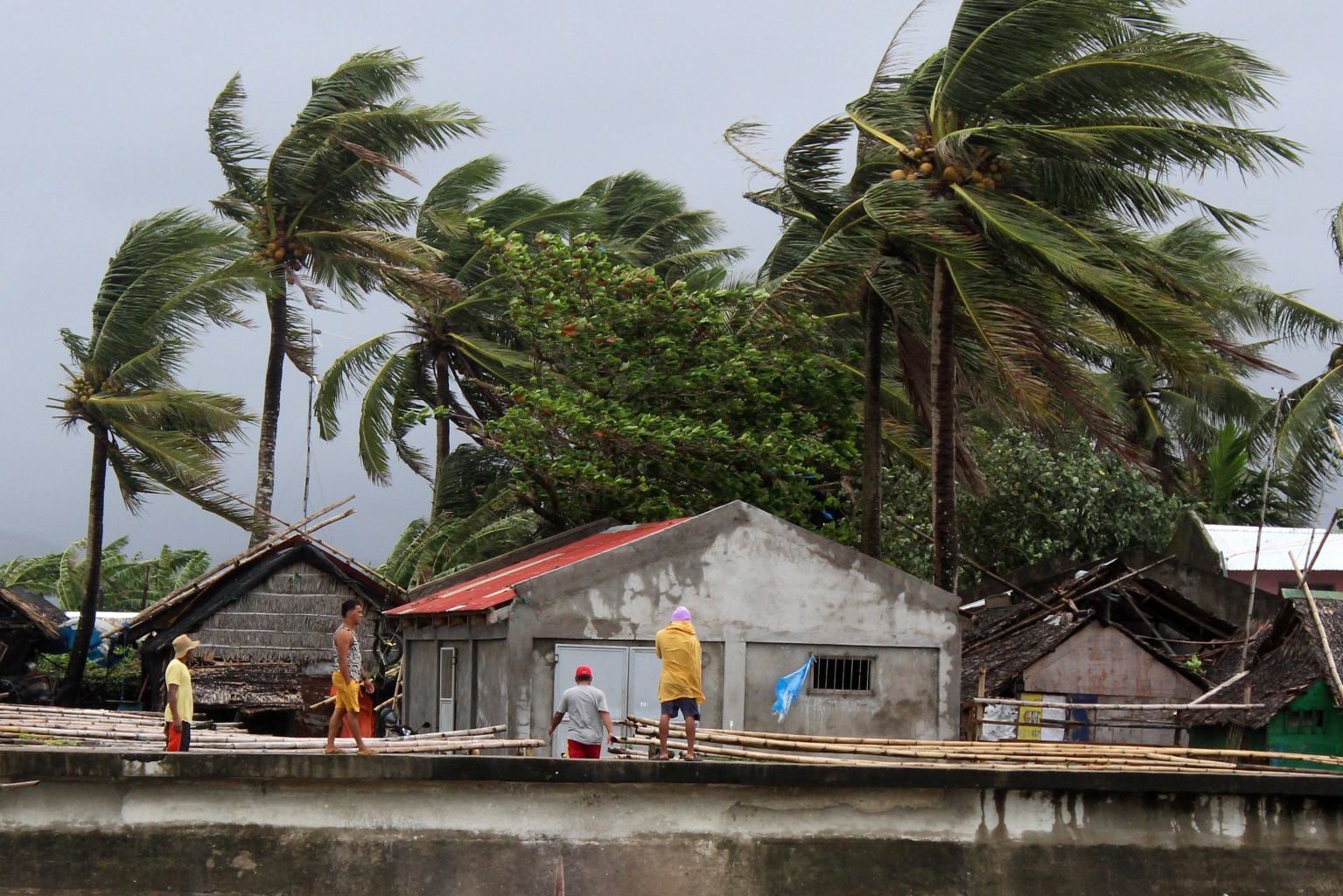 Typhoon Kammuri has on Tuesday hit the eastern part of the Philippines, bringing heavy storms across the Asian nation and forcing thousands to flee their homes.

Kammuri locally named Tisoy is the 20th typhoon to hit the country this year. It was packing 155km/h wind speed and gusts of about 235km/h.

At least 200,000 people have been evacuated from Sorsogon province on south Luzon with fear of floods, storm surgesand landslides.

The Government of the Philippines has suspended air and sea travel. The Manila airport was ordered closed for 12 hours starting at 11 am (03:00 GMT)today, while commercial sea travel in affected areas has been halted.

Philippine Airlines, Cebu Pacific and AirAsia have cancelled over 490 flights. At least 6,000 people were barred from travelling by sea.

Government offices and schools were closed in affected areas, while several events including the Southeast Asian Games have also been cancelled and rescheduled.