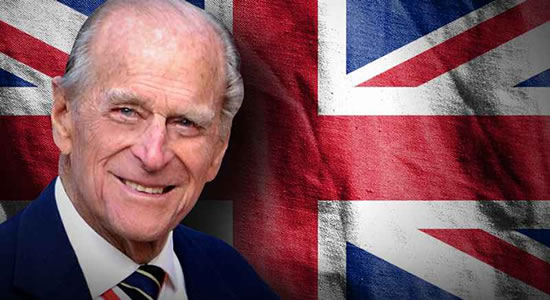 Prince Philip, Duke of Edinburgh, and husband of Queen Elizabeth II has died at the age of 99. His death was announced via a statement shared early Friday to the official website of the Royal Family. “It is with deep sorrow that Her Majesty The Queen announces the death of her beloved husband, His Royal Highness Prince Philip, Duke of Edinburgh,” the statement from Buckingham Palace said. “His Royal Highness passed away peacefully this morning at Windsor Castle. Further announcements will be made in due course. The Royal Family join with people around the world in mourning his loss.”

After thousands of royal engagements, Philip announced back in May 2017 that he would be stepping back from his royal duties and public commitments.

He is survived by Queen Elizabeth II and their children Prince Charles, Princess Anne, Prince Andrew, and Prince Edward—in addition to eight grandchildren and 10 great-grandchildren.

“He helped to steer the Royal Family and the monarchy so that it remains an institution indisputably vital to the balance and happiness of our national life,” Johnson said.

According to a Times of London report, Philip is said to have not wanted a full state funeral at Westminster Hall. Due to these wishes, per that report, his body is expected to lie in St. James’s Palace, which is the same sight that held Princess Diana’s body prior to her funeral in 1997.