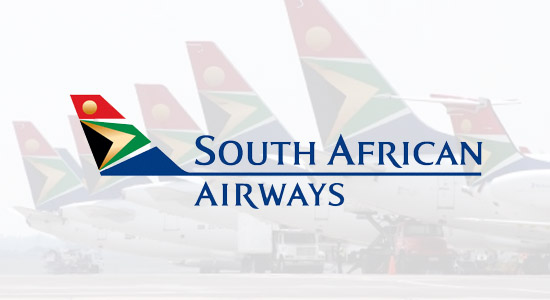 The airline runs one of Africa's biggest fleets but is close to bankruptcy after years of operational losses. It received state funds in July to help repay debts and also about 20 billion rands in government guarantees to keep it solvent.

Bankruptcy would hurt an economy that slid into recession in March.

Reuters reports that credit rating agencies say SAA should be reformed and cite the cost of propping it up as a threat to the rating of Africa's most industrialized economy, which S&P Global Ratings and Fitch have downgraded to "junk".

"We are in discussions about that (a bailout) and at the medium term budget statement in October I will make the necessary announcement," Gigaba told Talk Radio 702.

Gigaba later told a parliamentary finance committee he would consider all financing options including a proposal from SAA to source 6 billion rands from the Public Investment Corporation (PIC), which oversees state employee retirement funds and has more than 1.8 trillion rands under management.

SAA executives later told the committee it would face a liquidity crisis if it does not receive the 13 billion rand injection to meet debt obligations and cover operating costs.

The airline said in a financial plan presented to the committee it was not generating enough cash but would turn a profit by 2019 on an EBITDA basis. It said debt maturities had been extended to September.

"Cash flows generated by SAA are not sufficient to cover the operations of the business," an executive summary of SAA's corporate plan showed.

The airline is hampered by unprofitable routes and older, less fuel-efficient planes. Gigaba said a turnaround strategy should be pursued "aggressively". The state would not privatize SAA or sell its stake in Telkom to fund bailouts of struggling state firms, he said.

The government holds a 39.3 percent stake in Telkom, while PIC holds another 11.4 percent.

The Treasury was negotiating with SAA lenders to defer debt repayments of around 7 billion rands ($524 million) due in September, he said.

The Treasury says if SAA fails to meet its debt obligations it could hurt the government's wider guarantee framework. Many of South Africa's 300-odd state-owned firms drain state coffers.

The Treasury said on Thursday it appointed Vodacom Group executive Vuyani Jarana as SAA's chief executive. He is the first permanent leader at SAA for two years.