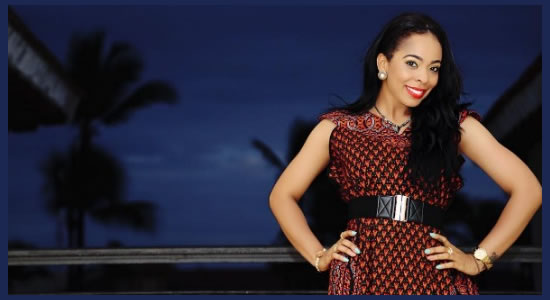 Former Big Brother Naija reality TV star, TBoss has debunked the insinuation that she has had an intimate affair with the CEO of Made Men Music Group (Triple MG), Ubi Franklin.

She made this known via her Instagram Live on Sunday, June 2, 2019. According to her, they have never gotten intimate to the point where they had to share a kiss.

"Let me just swear to you guys today, me and Ubi we have had nothing intimate when I say...we have haven't as much as kiss...never...no," she said. She went on to share a series of post where she revealed the reason behind her video.

According to her, she decided to make the video to clear the air over the notion that she was romantically linked to the music label exec, Ubi Franklin. Times without number, there have been speculations that TBoss was in a romantic relationship with Ubi Franklin.

"I don’t see why I should not respond to people whenever they say rubbish on my page if I feel like doing so. I don’t understand why people are concerned that I was hanging out with my friend. He is my friend and we didn’t talk about any issues with his wife and I didn’t know if they had divorced or not. I have known Ubi for 16 years, which was before he met his wife. I don’t have to justify anything to anyone," she said.