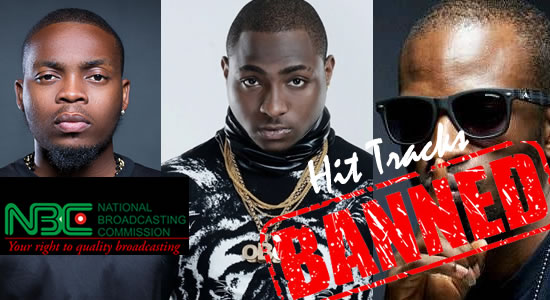 The National Broadcasting Corporation (NBC) has banned five trending Nigerian songs, tagging them as "Not To Be Broadcasted" The Corporation which made the disclosure in a statement issued on Tuesday listed the songs to include;

The Corporation claimed that the banned songs breached existing broadcasting laws as well as the Tobacco Control Act of 2015.

The ban is coming day after the Ministry of Health raised concern about the visual content in WO's video. In a series of Tweet posted on its verified handle, the Ministry wrote "The public is informed of the dangerous public health content & violation of Tobacco Ctrl Act 2015 in "Wo" by @olamide_YBNL #ClearTheAir"

Another tweet read “This is our position: video contravenes the act. Innocently or otherwise Tobacco Promotion Advertising Sponsorship is banned in all forms.”