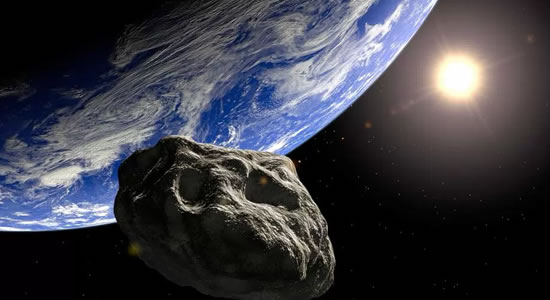 NASA’s Center for Near-Earth Object Studies (CNEOS) has detected three asteroids that are expected to hit the planet tomorrow. According to the data collected by the agency, all three asteroids have Earth-intersecting orbits.

NASA disclosed that irrespective of where the asteroids hit, it will cause little or no damage at all as they are too small to survive contact with Earth’s atmosphere. They further added that the asteroids will pass close enough to the planet to potentially ’cause an airburst’.

The first asteroid that will approach Earth has been identified by CNEOS as 2020 FH. This is described as the biggest asteroid in the group. It has an estimated diameter of about 118 feet. It is expected to fly past Earth on March 18 at 5:15 am EDT.

The second which is a much smaller asteroid known as 2020 FG will follow. It is estimated that this asteroid is about 52 feet wide. It is currently approaching Earth at a speed of almost 34,000 miles per hour. According to CNEOS, 2020 FG will zip past the planet on March 18 at 3:35 pm EDT.

The last asteroid that will visit Earth’s vicinity is called 2020 EF. CNEOS noted that this asteroid has an estimated diameter of about 102 feet. It is flying across space towards Earth with a velocity of over 10,000 miles per hour. The asteroid is expected to approach Earth on March 18 at 11:15 p.m. EDT., at roughly 3.9 million miles from the planet’s centre.

The last recorded asteroids airburst took place over the city of Chelyabinsk, Russia, which produced a flash 30 times brighter than the Sun and caused 180 cases of eye pain and 70 cases of temporary flash blindness.