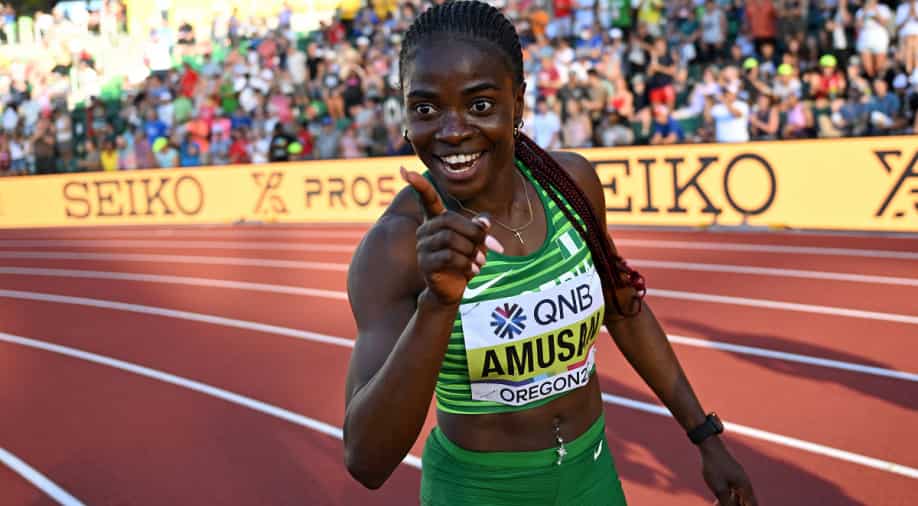 Nigerian World champion, Tobi Amusan has defended her title by winning the gold medal in the women's 100m hurdles at the Commonwealth Games in Birmingham, United Kingdom. Amusan retained her win by running a Games record of 12.30 secs setting another record as well, and becoming the first world champion to win gold and the first Nigerian athlete to do the same at the Alexender Stadium on 7th August 2022.

This is coming two weeks after the 25 years old became the first Nigerian athlete to win a World Athletics Championship gold as she became victorious in the women's 100m hurdles in Oregon.

"The 25-year-old ran a blistering 12.30secs to claim the gold and also set a new Games Record in Birmingham.“Honestly, I believe in my abilities but I was not expecting a world record at these championships."The goal is always just to execute well and get the win. So the world record is a bonus. I knew I had it in me but I could not believe it when I saw it on the screen after the semis.“Before the final, I just tried to stay calm and do my best. I took a deep breath knowing that I have some goals to accomplish and it worked pretty well. I knew it was very fast but not this fast,” Amusan said after her final victory.