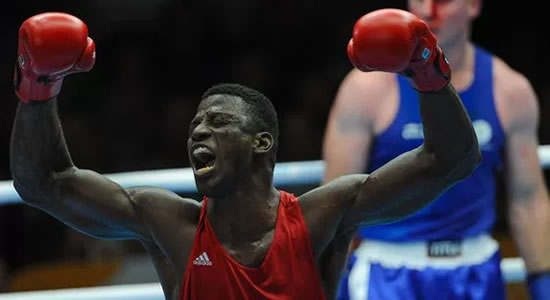 Nigeria’s Efe Ajagba on Saturday won his professional career after knocking out America’s Luke Lyons in their heavyweight bout in New Jersey. Ajagba needed less than three minutes to defeat his opponent to continue his unbeaten run since he turned pro in July. The fight was one of the undercards in the World Boxing Super Series showdown between Murat Gassiev and Krzystof Wlodarczyk.

Ajagba floored the previously unbeaten Lyons twice on his way to his second successive knockout. He also won his fight pro fight against Tyrell Herndon in less than a minute at Bakersfield, California.

The 23-year-old was Nigeria’s sole representative at the Rio Olympics boxing event last year, where he lost to the Kazak fighter, Ivan Dychko in the quarterfinals.

“I was supposed to fight earlier this month but my opponent (Daniel Gallemore) pulled out at the last minute. I am happy that I was able to get the win today with another knockout,” Ajagba said.

Ajagba and Efetobor Apochi joined boxing promoting outfit Ringstar Sports on July 26 and had their debuts on July 30, which they both won.