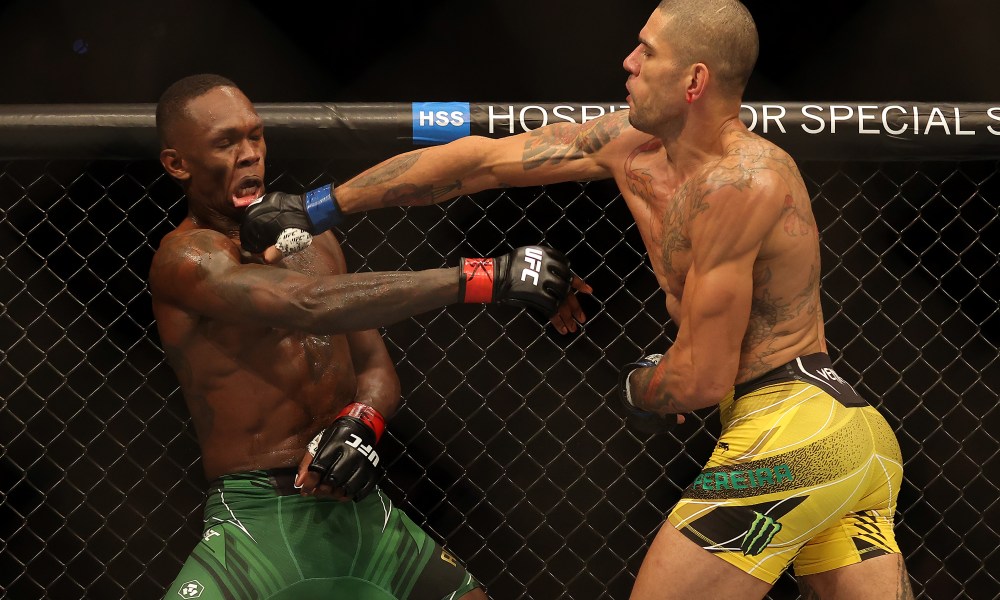 Pereira Knocks Adesanya Out In UFC

Alex Pereira pulled off an upset against Israel Adesanya with a technical knockout in the fifth round during the main event at the UFC 281 to become the new UFC middleweight champion ending Adesanya’s reign atop the division on Sunday morning,

Adesanya fought a near-perfect fight. He had Pereira out on his feet at the end of Round 1, but the Brazilian returned the favor in Round 5 to snatch it.

Adesanya was seeking revenge after losing two fights to Pereira in kickboxing back in 2016 and 2017.

The 33-year-old Adesanya started the fight with cautiousness as he does however towards the end of the first round was able to stun Pereira.

In the second round, Pereira dominated ‘The Last Stylebender’ and landed the takedown to level the judges’ scorecard.

In the fifth round, Pereira knocked the Nigerian out. Adesanya was likely up on the scorecards, three rounds to one when he slipped in the middle of the octagon.

He tried to recover but it was the beginning of the end. As Adesanya retreated to the fence, Pereira followed and peppered him with punches to the face, stunning him and nearly knocking him unconscious.

Referee Marc Goddard ended the fight as Adesanya’s body went limp, though Adesanya protested the stoppage as he attempted to regain his composure.