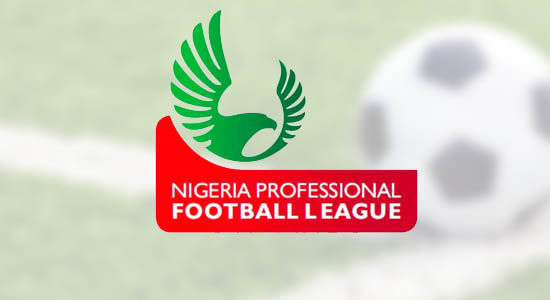 The 2017/2018 Nigeria Professional Football League season will kick off on January 14, 2018, Complete Sports reports. Preceding the new season will be the annual NPFL pre-season tournament will which will run from December 11 to December 17 in the pyramid city of Kano.

According to the breakdown of the calendar released by the League Management Company on Thursday, there will be three midweek matches on match days 2, 4 and 5 while the mid-season break will be from April 30 to May 5 and a longer break for the FIFA World Cup from June 14 to July 15.

Resumption from the World Cup break will be on July 18 with matchday 25 which will be the first of another three mid-week matches in the second stanza.

The other two mid-week fixtures will be on matchdays 27 and 29.

The schedule of the new season’s activities which has been endorsed by the LMC will also witness a flurry of activities including the induction and orientation workshop for the four newly admitted NPFL Clubs on December 14 and the LMC Pre- Annual General Meeting (AGM)/Consultative Meeting with NPFL participating Clubs on December 16.

According to Salihu Abubakar, the LMC Chief Operating Officer, other activities scheduled for the month of December include “the draws for the new season, pre-season seminar and spot checking on Clubs compliance to licensing regulations, payment of players and officials salaries, the status of facilities, etc.”

The LMC have also fixed t January 5, 2018 as the final date for submission of Club Licensing documentation by clubs participating in the league.

Another highlight of the calendar comes up on January 8, 2018 when the LMC, which is First Instance Body (FIB) will issue the NFF Club Licensing Certificate to qualified clubs that meet the criteria for participation in the 2017/2018 NPFL Season.

The LMC assured that it took into consideration all scheduled fixtures of the AITEO Cup, CAF Club competitions and the FIFA World Cup in planning the calendar noting that “this is part of the reason we delayed the release of the fixtures and barring any unforeseen events, we definitely will conclude the season on September 30, 2018.