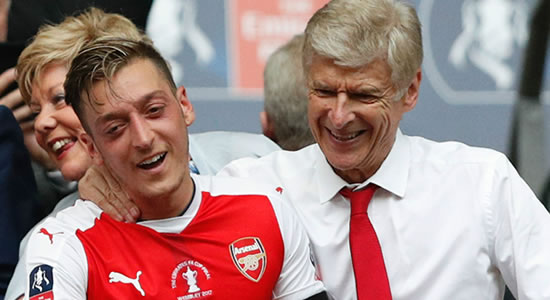 Transfer; Ozil At Last Agrees To Leave Arsenal In A New Deal

A Sport report has disclosed that Mesut Ozil has finally agreed to a new deal of a three-and-a-half-year to Fenerbahce and will exit Arsenal with immediate effect.

Following the controversy that has trailed the star player in his mother team in the last few days, there have been meetings between the presidents of Fenerbahce, Emre Belezoglu, and Ozil.

The Turkish-born German player has agreed to return to Turkey.

In the deal, it was concluded that Arsenal would pay part of Ozil's salary at the Turkish club for his first six months.

Subsequently, in the next season, Ozil will be entitled to a €2.5m sign-on fee and €5m annual salary.

When the transfer deal is completed, it is believed it would bring an end to the controversy in the Emirates.

Ozil was sidelined in all Arsenal Squad by Mikel Arteta and has been planted on the bench for all the season.