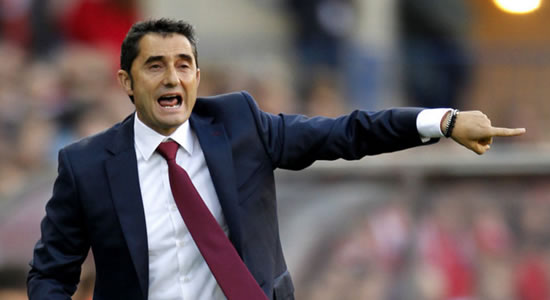 FC Barcelona has officially announced that they have sacked Ernesto Valverde on Monday evening bringing an end to a tumultuous time in the Camp Nou dugout and hired Quique Setein as a replacement.

Setien, 61, will take over a Barcelona side who sit top of La Liga and are safely through to the Champions League knockout rounds, where they face Italian side Napoli in the last 16.

The former Real Betis manager’s contract with Barcelona runs till 2022.

The club's open pursuit of former captain Xavi Hernandez, who turned down the chance to return as a coach on Sunday, left Valverde's future hanging in the balance.

It was learnt that Barcelona has also unsuccessfully approached Ronald Koeman, Thierry Henry and Roberto Martinez.

Quique Setien, Gabriel Milito and Mauricio Pochettino remain the three candidates for the job, while the club hasn't ruled out the appointment of the Barcelona B coach Pimienta.

However, the Catalan side's unconvincing performances in the last few weeks along with the board's unease in regard to the way he managed the dressing room, led to their decision to dismiss the former Athletic Club tactician.

In two and a half years as Barcelona coach, Valverde won two LaLiga Santander titles, one Supercopa de Espana and one Copa del Rey.

No Blaugrana head coach had been dismissed since the 2002/03 season when the club fired Louis van Gaal and replaced him with Radomir Antic.