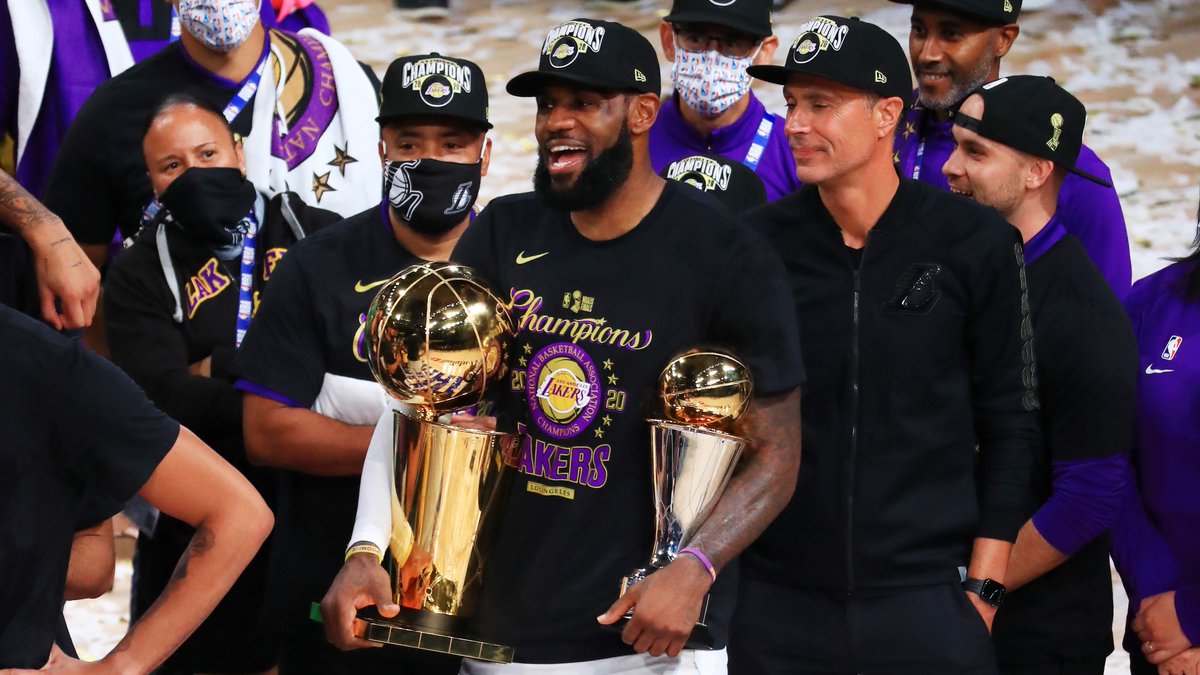 The Los Angeles Lakers defeated the Miami Heat in six games to win the NBA championship for the 17th time. The last of the six games ended 106-93 with Lakers bagging their first NBA Finals in 10 years and the fourth title for LeBron James.

The Lakers won their 17th championship — and their first with LeBron James as their centrepiece — with a 106-93 victory over the Miami Heat on Sunday night in Game 6 of the N.B.A. finals. A mere 355 days after the Lakers played their season opener before a packed crowd at Staples Center in Los Angeles, they toppled the Heat, four games to two, to finish off their playoff run on an elaborate made-for-TV sound stage that lacked spectators, aside from a few of the players’ family members and friends.

This NBA season was rocked with so many outlandish moments, from the death of Kobe Bryant and his daughter Gianna in a helicopter crash, -  to the COVID-19 pandemic which pushed the games to be suspended for more than four months before play resumed in July, saw the Western Conference champions won the best-of-seven-games Finals series 4-2 against the Eastern Conference champions Heat in Orlando, Florida, where playoffs were played since August with no fans to protect the players, coaches and team staff.

Lakers won their last NBA championship with Bryant and Jackson in 2010 when they beat in Game 7 their historic rivals the Boston Celtics, which also have 17 titles in franchise history.

In Game 6, Lakers forward LeBron James scored 28 points, grabbed 14 rebounds and dished 10 assists, while forward Anthony Davis scored 19 points, got 15 boards and made 3 assists. It became the fourth NBA championship for James, who played his 260th playoff game on Sunday -- a record. He was also awarded the NBA Finals Most Valuable Player (MVP) Award for the fourth time.

The 35-year-old veteran won the award and the title twice with the Miami Heat in 2012 and 2013 and with his home state franchise the Cleveland Cavaliers in 2016. While James opted out of his contract with Cleveland and signed with Los Angeles in July 2018, Davis joined him a year later with a trade to make the Lakers once again a powerhouse.