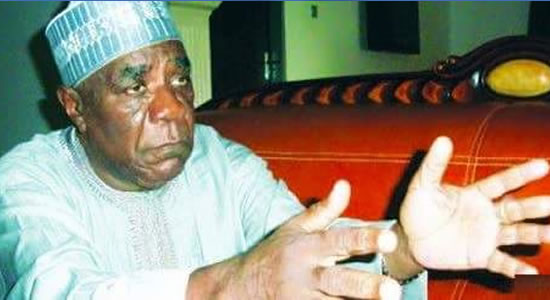 President Muhammadu Buhari on Tuesday in Abuja condoled with the family, government, and people of Katsina State on the death of Sen. Mahmud Kanti-Bello. President Buhari, in a condolence message issued by his Special Adviser on Media and Publicity, Mr Femi Adesina, also commiserated with the Senate over the passage of their distinguished colleague and former Senate Chief Whip.

The President noted that as Senator representing Katsina Central Constituency/Daura Senatorial zone from 2003-2011, the deceased was a very outspoken and courageous patriot, who worked hard to ensure that all levels of government in the country were responsible and accountable.

According to him, Kanti-Bello’s effective representation of his people at the national level and commitment to the unity of Nigeria will be long remembered and honoured; and will continue to serve as an inspiration to many others.

President Buhari urged the Kanti-Bello’s family, friends and associates, to honour his memory by continually upholding the values of honesty and accountability, which served as his reference point throughout his public service.

He prayed that Almighty Allah would comfort all who mourned him and grant his soul eternal rest.

Kanti-Bello, a prominent member of the then ruling People Democratic Party (PDP), was in the Senate from 2003 to 2011.

He dumped the PDP and joined the All Progressives Congress (APC) before the 2015 elections but was unsuccessful in his bid to secure the party’s ticket to return to the Senate.

The deceased had served as General Manager of Katsina Steel Rolling Mills for over 10 years and contested for the governorship of Katsina State in 1993 under the defunct Social Democratic Party (SDP).

Late Kanti-Bello, who served two-terms in the upper legislative chamber, died on Tuesday, at the age of 72.