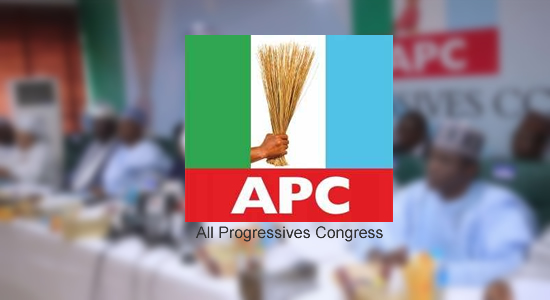 A High Court sitting in Bauchi state has issued an interim order restraining the Mai Mala Buni caretaker committee of the All Progressive Congress (APC) from inaugurating the recently elected Babayo Aliyu Misau-lead Executive members in Bauchi state. The order was issued on Friday last week and was made available to journalists today in Bauchi, the order is restraining Mai Mala Buni, Mallam Adamu Adamu, the Minister of Education, Hon Yakubu Dogara, Former Speaker House of Reps; and their privies, agent described by whatever name to administer the oath of office to Misau and his backroom ‘recognition’ as Bauchi APC leaders.

Further, the Court ordered Misau and his factional exco team to desist from parading themselves as the party excos by any means, either acting or otherwise until the determination of the suit.

Also, the court added that the interim injunction shall continue in force until the determination of the case brought before the court by the plaintiff, Alhassan Mohammed Sheriff.

Just like most states, the APC congress was marred with irregularities in many states where parallel congresses were conducted that produced dual leadership in the affected states.

The factional congress produced hon Sanusi Aliyu Kunde, who is considered to be amongst boys to Hon Maitama Tuggar, Ambassador of Nigeria to Germany, and Hon Misau, a loyalist to Mallam Adamu Adamu who both are laying claim to be the authentic exco of the party.

Mr Sheriff, who is the plaintiff in this case is believed to be Ambassador Tugarr loyalist.