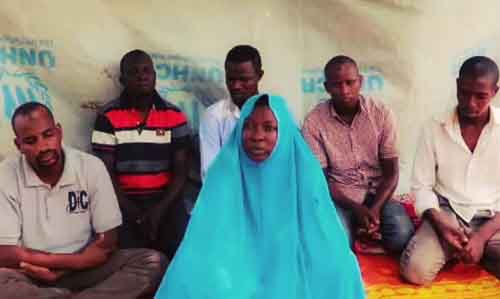 ISWAP Executes One Of The Six Abducted Aid Workers

Islamic State in West Africa Province (ISWAP), a shootout of Boko-Haram insurgent group has executed one of the six aid workers of Action Against Hunger (AAH) it abducted on 18th July, 2019 while on a mission in Damasak area of the far northern part of Borno state.

In a series of tweets by Ahmed Salkida, a journalist known to have access to the leadership of Boko Haram, on Wednesday 25th, September 2019 disclosed that one out of the six abducted aid workers of Action Against Hunger (AAH), an international Non-Governmental Organization (NGO), has been killed.

The tweet went further to inform that the six aid workers, five males and a female, lost one of the males who was shot at a close range in a video seen by him.

The action according to Salkida, was because the Government has failed to meet up with their terms and conditions.

In one of the tweets, Salkida stated “ISWAP has also threatened to execute the other remaining staff of the International Non-Governmental Organisation (ACF/AAH).

Recall, the INGO was declared persona non grata last week by the @HQNigerian Army for aiding terrorism in the region, an allegation the INGO denied.”

Meanwhile, aside Salkida, no other media outfit corroborated the information. However, in a video released by the heretic group and obtained by Vigil360 on 24th July 2019 showed the five male victims with a lady identified as Grace calling on Nigerians across the strata to come to their rescue.

She emphasized that failure to heed to the demand of the group (ISWAP) poses an existential threat to their lives as was in the case of Leah Sharibu.