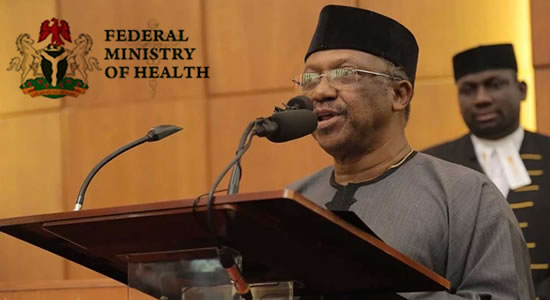 The Minister of Health, Osagie Ehanire had yesterday disclosed that the Federal government has approved the release of N10billion for the development of a local vaccine in Nigeria. Mr. Ehanire disclosed this during the media briefing of the Presidential task Force (PTF) on COVID-19 yesterday in Abuja saying though the county is making effort to procure the vaccine when is available.

The minister revealed that the first consignment of the vaccine is being expected in Nigeria soon and will be expected to cover up to 20% of the Nigerian population, saying that effort is in top gear to increase it to cover up to 50% of the population.

The Minister in his statement said, “On vaccines, we are exploring all options available for the acquisition of approved vaccines for Nigerians. We are hopeful that the first consignment will arrive in the country in some weeks. Apart from the COVAX facility, which is billed to cover vaccination of just 20 percent of our population, we plan to increase our chances of getting enough vaccines to meet the country’s need to cover an additional 50 percent of the population,”

According to the Minister, Nigeria is participating in the African Union Initiative called African Vaccine Availability Task Team, saying the team reports directly to the African Union Chairman, President Cyril Ramaphosa of South Africa, and has secured options for 270 million doses of various types of vaccine.

Ehanire revealed considering our peculiarity of being in a tropical climate and the possibility of storage, the federal government has sought to order about 10million of the vaccine doses that will not require refrigerating and would be made available before March 2021.