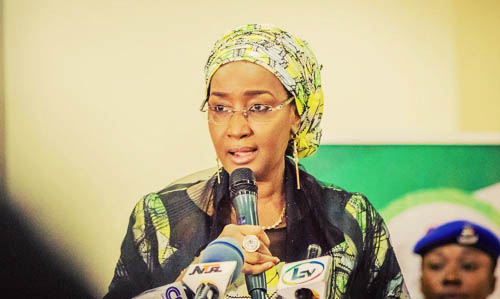 The Federal Government has on Tuesday announced that it will soon be establishing a commission responsible for the welfare of people living with disabilities (PLWDs) in Nigeria.

The Minister of Humanitarian Affairs, Disaster Management and Social Development, Sadiya Farouq, made the announcement during the 2019 International Day for Persons with Disabilities Celebration in Abuja.

She said establishing the commission would be the next action to be taken by the present administration after the presidential assent to the Discrimination Against Persons with Disability Prohibition Act, 2018.

"The commission will be saddled with the responsibility of the day-to-day affairs and engagement of these persons with disabilities, and they are going to have budgets and programmes that the government is going to execute. It is an important commission for us as a government,"

"Recall that the government of President Muhammadu Buhari has just signed the Discrimination Against Persons with Disability Prohibition Act. So this is one step which the government has taken and now the next step is for us to have that commission in place," Farouq added.

The minister said the FG is committed to supporting the PLWDs in whatever they need.

"The significance of this celebration is for them (the PLWDs) to know that they are not left behind; rather they are being carried along and are going to be supported in whatever way they need the government’s support," she said.