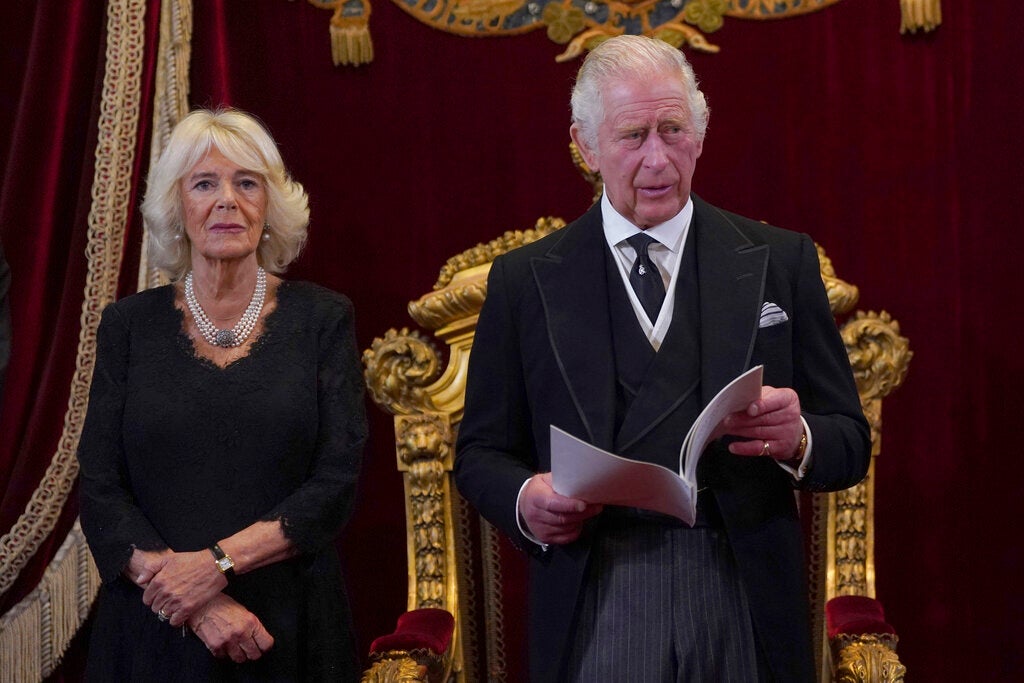 Charles III has been proclaimed King in a formal ceremony at St James’s Palace in London. He was pronounced King by the Accession Council at St James's Palace on Saturday. The King swore an oath, paid homage to the Queen, and promised to emulate her. "I shall strive to follow the inspiring example I have been set in upholding constitutional government and to seek the peace, harmony, and prosperity of the peoples of these islands, and of the Commonwealth realms and territories throughout the world," the King said.

The ceremony was attended by Prince William of Wales and the King's wife, Camilla who has become Queen Consort.

King Charles III also said the date of the Queen’s state funeral, which is yet to be announced, would be a bank holiday.

David White, the Garter King of Arms, read out the official proclamation of Charles as Britain’s new king from a balcony above London’s St James’s Palace.

He then announced “God Save The King”, to the accompaniment of trumpets and jubilant people.