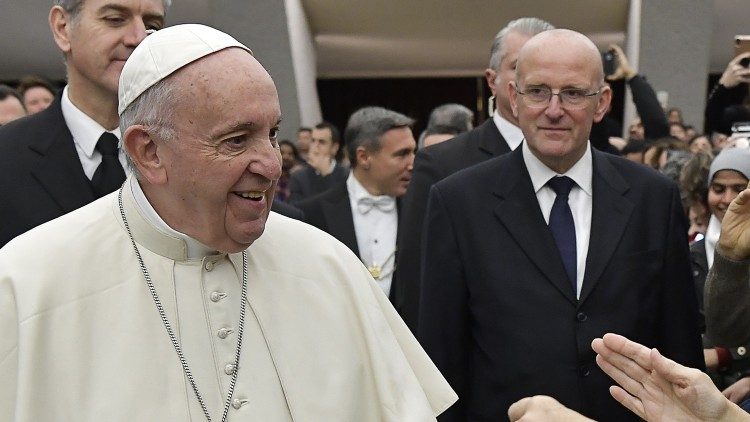 Pope Francis’ personal bodyguard, Domenico Giani, on Monday resigned his appointment from the Vatican Security Service following a leak to the media of details of probe into financial wrongdoings in the Catholic hierarchy.

According to Reuters, Francis accepted Giani’s resignation while noting he bears no personal responsibility for the leak.

The report quoted a statement issued by the Vatican as saying the Argentine pontiff was furious over the publication of an internal police notice, which featured the photographs of some senior Vatican employees who were targeted in a probe.

“This publication was prejudicial to the dignity of the people involved and to the image of the Gendarmerie (police),” the statement read in part.

It added the Vatican has opened a probe into the leak.

Giani had served three pontiffs and could be seen on papal trips, dressed in a dark suit, standing close to the head of the Catholic Church or running beside the popemobile.

Giani, 57-year old, began his career in the Italian Secret Service, before joining the Vatican security forces 20 years ago. In 2006, he took over as chief bodyguard of the Pope and has since remained in the position until his resignation.