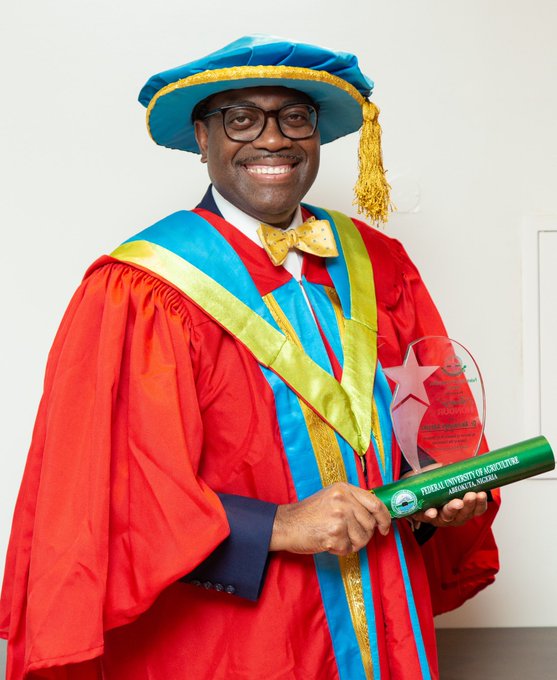 An Independent Review Panel has completely exonerated the President of the African Development Bank (AFDB), Akinwumi Adesina of any ethical wrongdoing.  The three-member Independent review Panel includes Mary Robinson, who is a former President of the Republic of Ireland, a former United Nations high commissioner for Human rights and the Chairperson of the Elders, a global body of wise persons concerned with world’s wellbeing;

The Chief Judge of the Supreme Court of Gambia, Hassan B. Jallow; and Leonard Macarty, a former Director of Public Prosecutions, a former Director for the Office of Serious Economic Offences, and a former Head of the Directorate of Special Operations of South Africa. He also served as the Vice President of Integrity for the World Bank for nine years.

In January 2020, sixteen allegations of ethical misconduct including poor governance, impunity, personal enrichment and favouritism among others were levelled against Mr Adesina by a group of whistleblowers. The allegations which were reviewed by the Bank’s EthicalCommittee of the Board of Directors in March were described as “frivolous and without merit”. The findings and rulings of the Ethics and Committee were subsequently upheld by the apex Bureau of the Board of Governors in May, which cleared Adesina.

The report of the Independent review panel stated it “concurs with the (Ethics) Committee in its findings in respect of all the allegations against the President and finds that they were properly considered and dismissed by the Committee.” The panel further stated that “ It has considered the President’s submissions on their face and finds them consistent with his innocence and to be persuasive.”