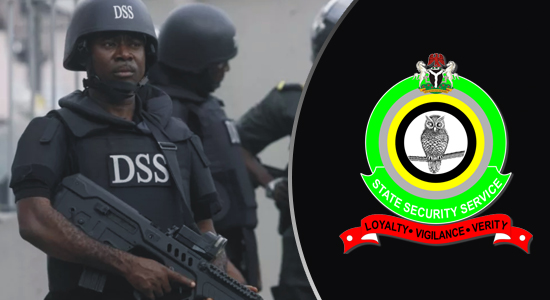 Condemnations have continued to trail a report suspected to have been given out by an operative of the Department of State Services, DSS, to an online media outfit, where he allegedly framed up his senior colleague over a personal disagreement. The online media had reported that Mr. Samson Enwereuzor, who is a senior DSS operative, engages in torture to extract information from youths in the Southeast and sometimes embarks on extra-judicial killings. But the authorities of the DSS have debunked the story by the online media that the Service resorts to torture in a bid to extract information from suspects whenever an arrest is made.

There have been cases of unknown gunmen on rampage in the Southeast. While some people have accused the Indigenous People of Biafra, IPOB, of being behind the killings, some others claimed that there is external collaboration backed by the security agencies.

Sources at the secret police office in Abuja, have described the report against Enwereuzor as wicked and an attempt to pitch him against his people.

The sources said that Mr. Enwerenuzor is not a field person, rather in the technical unit as an engineer and only goes to other states when the communication equipment of the states is faulty.

Besides, the sources claimed that Mr. Enwereuzor is a senior operative and does not engage in any fieldwork, adding that it was mischievous to ever link him with any form of extra-judicial killings or torture in the Southeast.

It was gathered that Mr. Enwereuzor, who is an engineer, stays at the DSS headquarters in Abuja and has never visited his home in Southeast for several months, except when he represented the service at the wedding of one of their operatives in Enugu about two weeks ago.

But the online report had claimed that he (Enwereuzor) has a team that is in Enugu state, which is responsible for the extra-judicial killing of youths from the Southeast.

However, investigations revealed that Enwereuzor does not go to the field not only because he is a technical person, but also a senior operative that had passed the level of field officers.

Sources at the DSS office accused one Principal Staff Intelligence Officer of being behind what they described as a “malicious and wicked” allegation against Enwereuzor.

The sources also claimed that the officer behind the online report who they said is from Ebonyi State, had some time ago committed a “dismissal offense in Abuja.” that led to his transfer out of the nation’s capital.

On the allegation that Enwereuzor invaded the home of one Chuks Egwuatu in Enugu and the illegal arrest and torture of four of his siblings the DSS sources said that within the period as claimed in the report, never visited Enugu State.

One of them said, “I can authoritatively tell you that Mr. Enwereuzor has not visited Southeast for about a year now, except two weeks ago when he represented the service at the wedding of one of our colleagues.

“I can also tell you that he doesn’t know the Egwuatu of a person and was not part of the team that went to his home. The time the thing happened he was not in Enugu state”, he said.

On the allegation that he arrested one Idara Gold for putting on an attire bearing the Biafra flag on October 18 on her birthday, the source said “Enwereuzor does not even know the Idara Gold and was not involved in the arrest.

” I will also want them to mention one person Samson (Enwereuzor) has killed and where. I don’t really know what the guy behind this story wants to achieve. You just want to pitch an innocent person against his people. The guy doesn’t know the implication of this wicked allegation.”

Also commenting on the allegation of brutality of people he arrests, the source further, “He an Engineer and works in the office, all the operations in the field don’t concern him. He doesn’t go to the field, his work has to do with technical things. So the allegation of arresting suspected IPOB members, doesn’t concern him because he is not a field person, he is a technical person even with his rank, he can’t go to the field.”

The sources also debunked the allegation that Mr. Enwereuzor belongs to a team on special duty in Enugu, adding that by his rank he was above such assignment and has nothing to do with it as a technical personnel.

“I can tell you that the recent journey he embarked in the east was about two weeks ago when one of our colleagues wedded about 18 or 19th November,” a source said.

Meanwhile, the Department of State Services has enjoined Nigerians to disregard the report credited to the online news agency, alleging that the Service resorts to torture in a bid to extract information from suspects whenever an arrest is made.

A Statement originating from the Public Relations Officer of the DSS, Peter Afunanya described the claim as false and a figment of the news outlets’ imagination contrived to malign the Service.

The Statement reads in part: “There is no iota of truth in the so-called exclusive. The DSS does not force out confessions from suspects and has not done so in the matter of IPOB and ESN.

“The Service is a professional agency that follows the rules of engagement and standards operating procedures in all of its activities. It does not take laws into its hands.

“It is a public knowledge that it has by, today, charged many suspects to court in line with democratic norms. The entire reportage is a figment of the imagination of the news medium.”

It further adds that the DSS takes immense pride in its repute and wouldn’t indulge in activities that call its professionalism to question, just as it brands the online media as a media outfit that practices ‘guerilla journalism’.