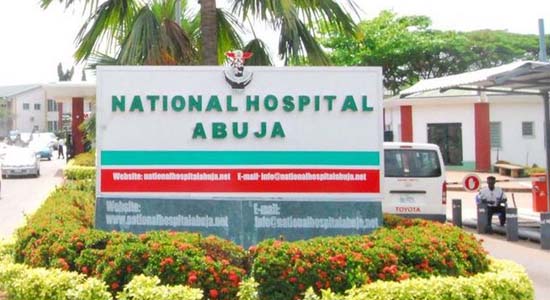 The National Hospital Abuja (NHA) has debunked the claim from a COVID-19 patient that he was been detained in the Hospital.This claim was contained in a statement issued by the hospital Management through its Deputy Director and Head of Information and Protocol, Mr Tayo Haastrup in Abuja.

Haastrup revealed that over 35 patients were admitted in their facility at various time and so far 27 of them has been discharged successfully.

According to him, one patient refused treatment and has remained asymptomatic for about 45 days.

The statement which partly reads; “All our patients were discharged within three weeks of admission, following treatment with their full cooperation and in line with the National Centre for Disease Control (NCDC) protocol on case management.

“We want to make it clear to the public that no patient is being detained in the hospital,’’ he said.

The Deputy Director added that with the present review of protocol for isolation with the Ministry of Health and NCDC, it was resolved that all patients, who remained asymptomatic beyond 45 days can be allowed to go home and continued with self-isolation.

With such review, a repeat test could be done after 5-10 days to ascertain if the patient is now testing negative afterwards he said.

He disclosed the hospital would continue to support the government in the treatment of the coronavirus patients.

Haastrup enjoined the general public to follow the rules of the Federal Government issued through the PTF committee to effectively arrest the spread of the infection in the community.