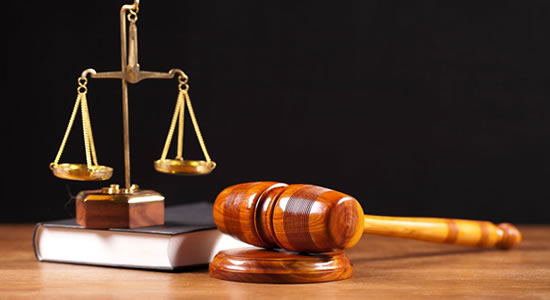 Getting Senator With N1billion Property As Surety Not Feasible – Maina

The embattled former Chairman of the defunct pension reform Task Team, Abdulrashid Maina, who is undergoing trial on charges bordering on money laundering involving N2 billion, has today appealed to the Federal High Court sitting in Abuja to review some of its condition attached to his bail over N1bn granted to him by the court last November.

Maina who was arraigned alongside his company, Common Input Property and Investment Ltd, has been on awaiting trial in Abuja prison since October last year for his failure to meet his bail condition.

He told the Judge,  Justice Okon Abang, today that part of his bail condition requiring him to produce two sureties, who must be serving Senators with landed properties worth N500million each in Maitama or Asokoro, two highbrow areas of Abuja was two stringent for him to fulfil.

The former Chairman of the Task Force who is being arraigned by the Economic and Financial Crime Commission (EFCC) has begged with the Judge to review his condition in the interest of justice.

Part of the bail condition offered to him by the Judge on November 25th, 2019 was that, Maina should produce two serving Senators who can pay N1bn bail sum to guarantee his release.

The said Senators will be requiring producing Maina to the Judge on every time of his trial until the last day it is concluded.

Failure of any of the Senator to appear in the court at every trial will translate the Senator forfeiting the said money.

More to the bail Condition, Maina should drop his United state Passport with the court Registrar pending conclusion of his case.

However, Mr. Afam Osigwe, who is counsel to Maina at the hearing of the bail variation application filled by Maina on December, 6 2019 said his client has meet other conditions while the effort to get the Senators who can match those condition has proved futile.

While commending the judge for granting bail to his client, Osigwe said the bail conditions were “excessive and impossible to meet”.

He added, “The stringent nature of the bail conditions are evidenced by the inability of the first defendant/applicant (Maina) to meet those conditions as of today, January 13, 2020.

Meanwhile, “The sureties (proposed) whose names are also mentioned said they do not have properties worth N500m in either Asokoro or Maitama.” to meet the stated conditions.

Responding, the judge questioned if the defence team had conducted a search of the land registry in Abuja to confirm the claim of the proposed sureties.

He disclosed that the said conditions were deliberately attached for a reason, adding that the defence team, which argued the bail application in November last year, failed to challenge EFCC’s claim that Maina was no longer resident in Nigeria.