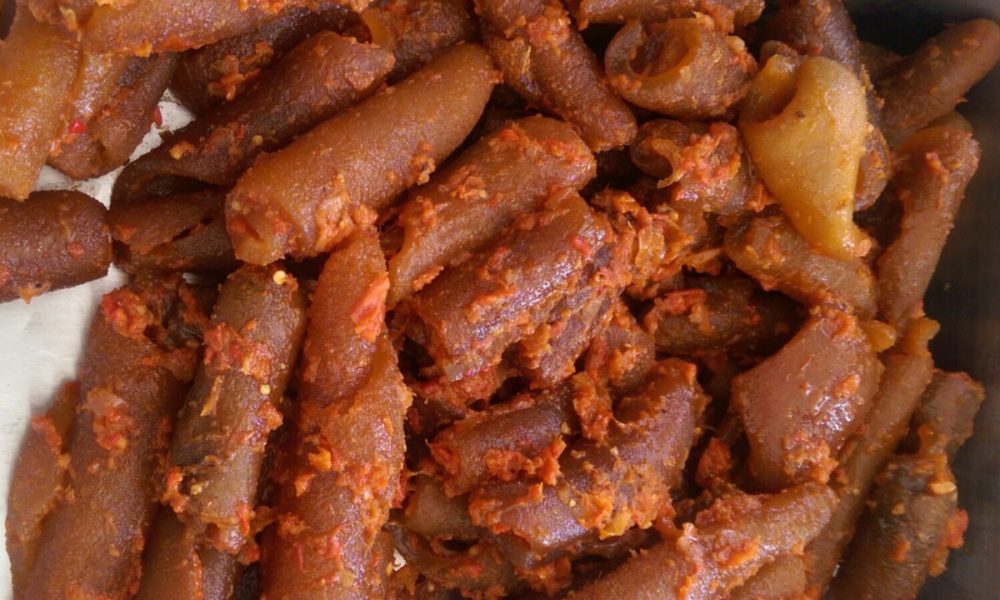 In a bid to revive Nigeria’s leather industry, the Federal Government (FG) has announced its plan to ban the consumption of animal skin, locally known as ponmo in the country. This was disclosed by Muhammad Yakubu, the Director-General (DG) of the Nigerian Institute of Leather and Science Technology (NILEST), who stated that ponmo consumption had no nutritional value, adding that it should be stopped in order to revive the industry and boost the country’s economy.

According to Yakubu, animal skin consumption is partly responsible for the present comatose state of the leather industry in Nigeria.

He said, “To the best of my knowledge, Nigerians are the only people in the world that overvalue skin as food, after all, ponmo has no nutritional value. At one point, there was a motion before the two chambers of the National Assembly, it was debated but I don’t know how the matter was thrown away.

“If we get our tanneries, our footwear and leather production working well in Nigeria, people will hardly get ponmo to buy and eat. When implemented fully, it would turn around most of the comatose tanneries and ginger greater output in production.”

He said that the Institute in partnership with the industry’s stakeholders would approach both the National Assembly and state governments to produce legislation banning ponmo consumption.

NILSET was established by the FG to promote leather production as provided in the Agricultural Research Institute Act of 1975 and regularly conducts research and development regarding the production of leather and the utilization of local tanning materials in Nigeria.