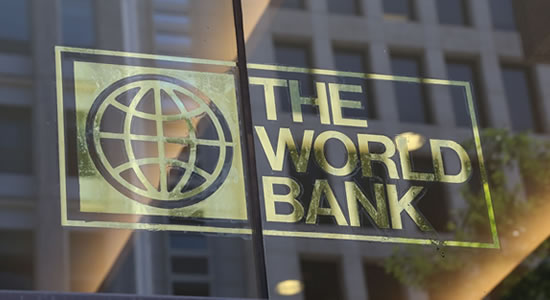 The World Bank has on Thursday disclosed that Nigeria is gradually and tragically living on borrowed time as it has neglect agricultural sector and heavily relying on crude oil which according to economist attributed to it as living in the past.

According to Prof Yemi Osinbajo, the present administration is working hard towards actualizing an export based economy, especially as the government has channelled most of its energy into the agricultural sector to food security, job creation and poverty eradication.

He revealed agric sector has remained the major priority for the present administration that has attracted numerous intervention programmes under the agricultural policy.

However, Dr. Adetunji Oredipe, a Senior Agricultural Economist, World Bank in Abuja warned of the looming crises ahead of the country while delivering a keynote address at the Agricultural summit sponsored by Starling Bank Plc.

He posited that economic diversification in agriculture should be a reality, not rhetoric as the economy depends on oil and importation dependency is spelling both danger and calamity to the country.

In his argument, he opined if Nigeria had held to its market share in palm oil, cocoa, groundnut and cotton, it would have been earning at least $10billion annually from the three commodities.

The event was attended by the Vice President Yemi Osinbajo who was represented by Mustapha Shehuri, the Minister of State for Agriculture and Rural Development. Other prominent figure include; the Minister of Women Affairs Mrs Paulen Tallen; Governor of Kebbi State Atiku Bagudu; Chairman of Sterling Bank Plc, Asue Ig- hodalo; and the Managing Director of Sterling Bank Plc, Abubakar Suleiman.

Describing the current situation of the country’s agricultural sector, the World Bank Agricultural Economist disclosed Nigeria is now one of the largest food importers in the world.

He revealed: “In 2016 alone, Nigeria spent $965million on the importation of wheat, $39.7million to import rice and $100.2million on sugar importation.

He continued that the decision to spend $655million on fish importation seems financially irresponsible considering the marine resources, rivers, lakes, and creeks we have in Nigeria.

Mr. Oredipe suggested that: “None of the above transactions (Importation of rice, fish, and sugar) is fiscally, economically, or politically sustainable. Nigeria is terribly living on borrowed times, a typical case of robbing Paul to pay Peter.

Discouraging the attitude, he said the huge appetite of Nigerians for imported food items had also contributed to high levels of unemployment for the youths.

He said that urgent and radical policy formulation is required for things to fall in its place.