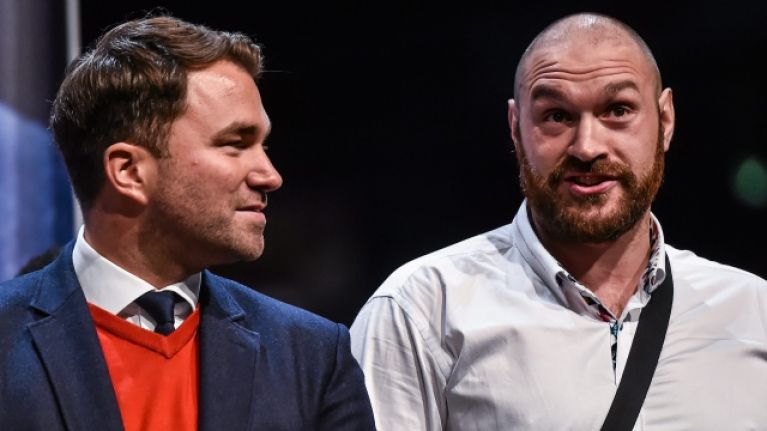 Popular English boxing promoter, Eddie Hearn has revealed the real reason why he refused to sign British heavyweight champion, Tyson Fury. Sports Express reports that Tyson Fury and Eddie Hearn argued about sums that were “not a lot of money at all” whilst the Matchroom Boxing chief was trying to add the heavyweight to his stables.

Speaking to iFL TV on Monday, Hearn said they were in negotiations once the heavyweight returned to boxing, but was unable to come to a deal. The ‘Gypsy King’ eventually signed with Hearn’s rival Frank Warren, before inking a deal with ESPN to show his fights in America.

Fury took two years out from boxing after beating Wladimir Klitschko in 2015, after being banned for two years by UKAD because he failed (just had 'after' three times in the same sentence) a drugs test.

“I could have quite easily signed him. He probably won’t admit that. We were arguing over what was not a lot of money at all. Other than when that person asked me about it the other day, I have not thought about it once. Once it’s done, it’s done.

“I’ll tell you the reason I didn’t, it’s because I had to give him two fights, just as Frank did. They were just so bad, the people he wanted to fight, I just didn’t want to do them.