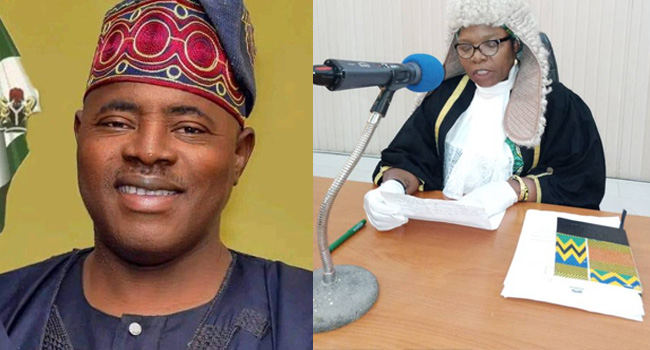 In an interview on Sunday aired on Channels Television, Aribisogan accused the immediate former governor of the state, Kayode Fayemi of sponsoring some lawmakers to impeach him on Monday (today).

According to him, “When Fayemi called us to his residence and said he wanted us to support Hon Adelugba, I stood up to say that could not be done by fiat or by imposition, that we had letter we had to consult and that we would get back to them.

“As I speak with you, 7 of our members are locked up in a guest house in Ado Ekiti in cahoots with some of his former aides. They don’t want democratic processes to take place in the Assembly and these people are even with arms, saying they are going to assassinate the Speaker and take over the place tomorrow (Monday) morning”.

The state’s Assembly has been embroiled in controversy following the death of the former Speaker, Funminiyi Afuye, who died on October 19 as a result of a cardiac arrest.

Aribisogan, a representative of Ikole 1 Constituency was elected on November 15 to replace Afuye as Speaker but security operatives sealed off the Assembly Complex a day after he was sworn in, citing security reasons aimed at preventing a breakdown of law and order.