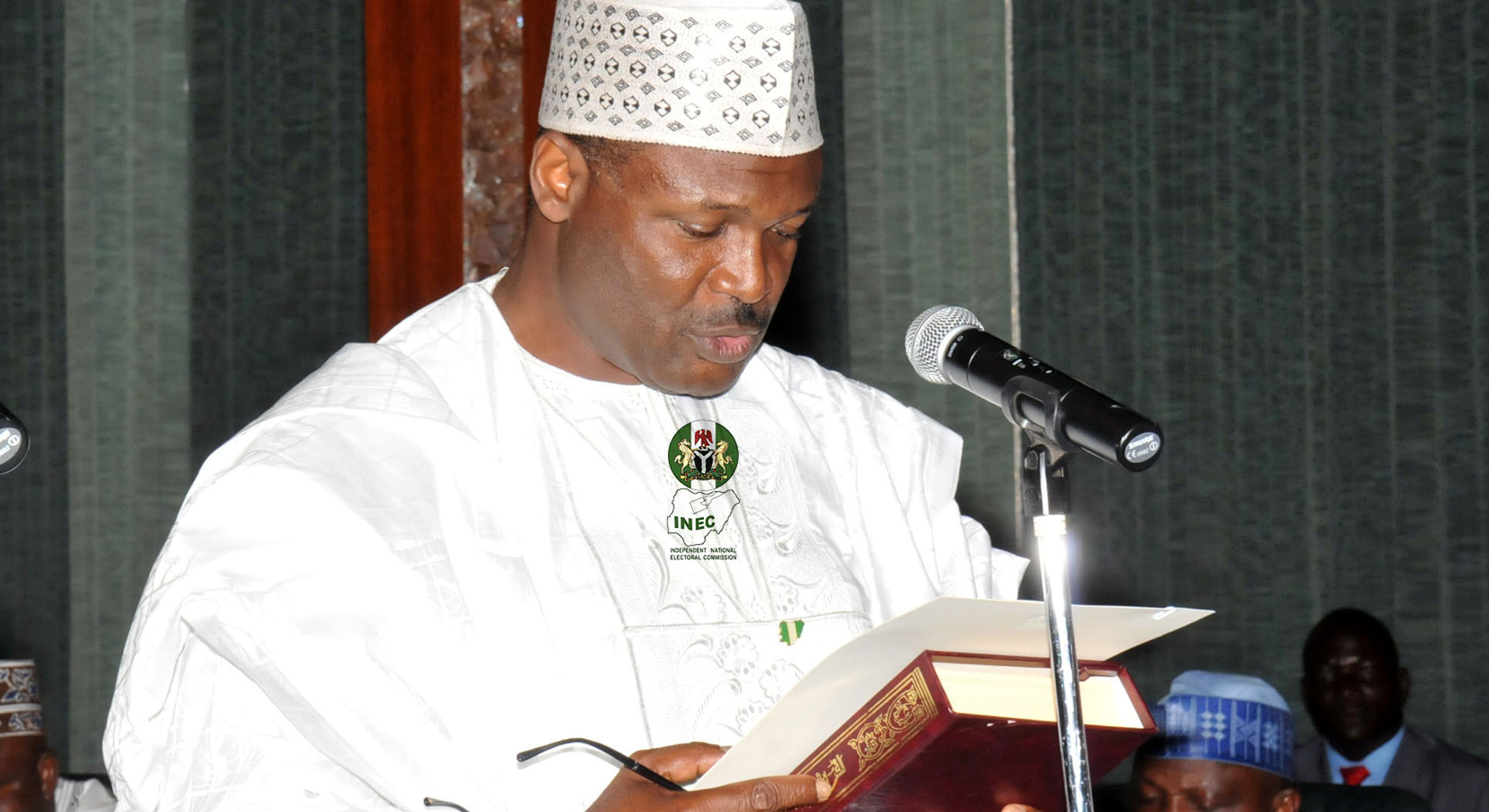 The Senate has today confirmed Professor Mahmud Yakubu as the Independent National Electoral Commission (INEC) chairman for a second term. Yakubu was first appointed as INEC chairman on October 21, 2015, by President Buhari, his name was submitted for reappointment after his tenure elapsed in October this year by the president.

Recommendation by the Chairman Committee on INEC, Senator Kabriu Gaya, who gave Yakubu a nod, was responsible for the speedy reconfirmation by the red chamber.

Senator Gaya, while presenting the report informed the hollow chamber that Yakubu has possess all the quality and capacity that it takes to handle the INEC office and therefore recommend him for the job.

Opposition Senators in a like manner did not have a contrary view about Yakubu’s ability to stir the affairs of the INEC office, applauding him for being unbiased and apolitical.

Eyinnaya Abaribe, the Senate minority leader also commended Prof. Yakubu for being innovative in the introduction of technology of sending results from the pooling Units to a central portal that has to strengthen the electoral umpire.

In his remarks, Senator Sandy Onor (PDP cross River) said, Yakubu was moving in the right direction and deserved the necessary support from the Senate.

Meanwhile, the Senate President, Ahmed Lawan congratulated Yakubu ahead of his second term of office.

Professor Yakubu had during his screening last week promised that when given the chance for the second term he would take the technology in the INEC to the next level, especially in the conduct of elections.

He said the deployment of technology had helped improved Nigeria’s electoral processes despite misgivings from some quarters on its efficacy.

He promised that scheduled elections are not postponed again. However, Yakubu said he observed low voter turnout of voters during the election period and some revealed it was because of unfulfilled manifestos by political officeholders.

The INEC chair appealed to the lawmakers to expedite action on the amendment of the Electoral Act before the end of the year to make it possible for the application.

He also recommended that a strong room is required at all the 36 states of the federation to guarantee the security of election material from any incidents.