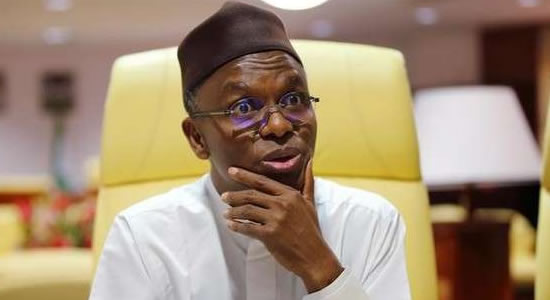 Ahead 2023: Zoning Of Presidency Only Promote Inefficiency – El-Rufa’i Insist

Governor Nasiru El-Rufa’i of Kaduna state has insisted that the idea of zoning political position has only increased mediocrity and inefficiency in Nigeria. El-Rufa’i made this statement during the Nigerian Economic Summit in Abuja saying no country has ever progressed with this style of leadership.

He opined instead, every qualified individual should make himself available for nomination, and the most qualified person is voted in to get the job done.

The governor lament that why shall it be so in Nigeria that a presidency is being rotated on the basis of the geographical zone instead of competency?

In preparation for the 2023 general election, there have been calls from some sections of Nigeria that the presidency should return to the south.

However, El-Rufa’i argued that geographical zone should not form part of the criterion of selection of a competent leader, “will lead to inefficiency” he said.

El-Rufai continued; “There is no country in the world that has made progress in the last 50 years that rotates its leaders. I think if we move away from this fixation about distribution to selecting or picking the best person to get the job done… when the job is done, everybody benefits.

“Right now, we are distributing this and we are not making any progress because the focus is on distribution.”