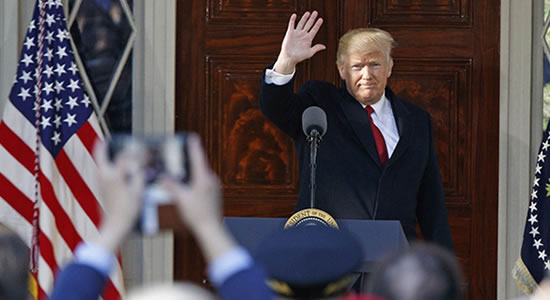 U.S. President Donald Trump has signed into law a new legislation imposing fresh sanctions on Russia over alleged meddling in the 2016 election, a White House official said on Wednesday. White House adviser Kellyanne Conway confirmed the signing during an interview with Fox News and monitored by vigil360. The U.S. Congress voted last week by unanimously for sanctions on the Russian government over interference in the 2016 presidential election, annexation of Ukraine's Crimea and other perceived violations of international norms.

The bill had enough support in Congress to override a presidential veto. The legislation “tied” the president’s hands from easing penalties on Russia without congressional approval.

Clearly, Trump was not very happy about the bill. This was made known by the U.S. Secretary of State Rex Tillerson who told reporters on Tuesday that he and Trump did not believe the new sanctions would "be helpful to our efforts" on diplomacy with Russia.

However, Vice President Mike Pence to the contrary said that the bill showed Trump and Congress were speaking "with a unified voice."

The signing of the bill followed some conflicting signals from the administration in recent days about the sanctions.