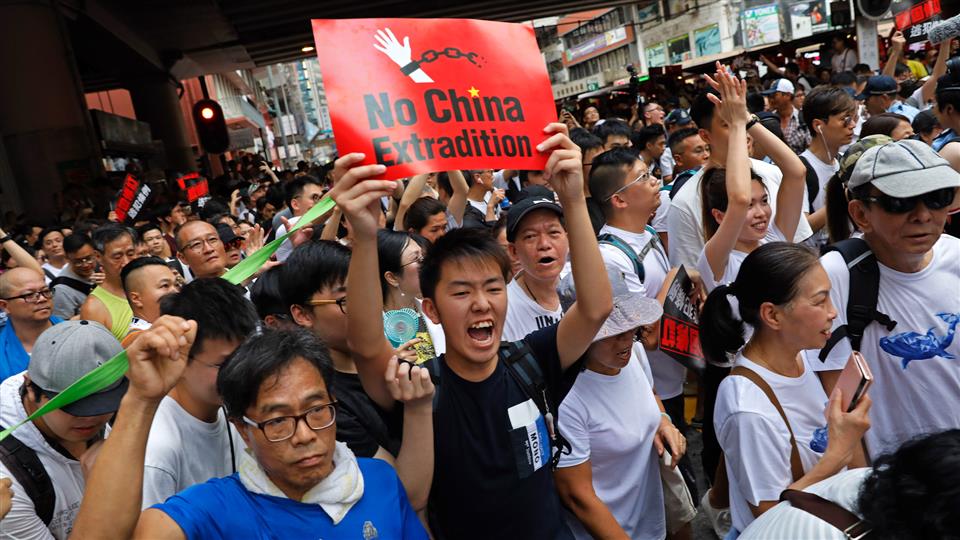 Hong Kong citizens are preparing for more protests, including transport go-slows and even picnics, against a proposed extradition law that would allow people to be sent to China for trial.

Carrie Lam, the city’s leader has vowed to push ahead with the bill despite the protests.

Meanwhile, two days after hundreds of thousands took to the streets to protest against the move.

In a rare move, prominent business leaders warned that pushing through the extradition law could undermine investor confidence in Hong Kong and erode its competitive advantages.

The extradition bill, which has generated unusually broad opposition at home and abroad and plunged the city into political crisis, is due for a second round of debate on Wednesday in the city’s 70-seat Legislative Council (LegCo). The legislature is controlled by a pro-Beijing majority.

Riot police have cordoned the LegCo building early on Monday and fought back a group of several hundred protesters after an otherwise peaceful march through the city’s financial district on Sunday.