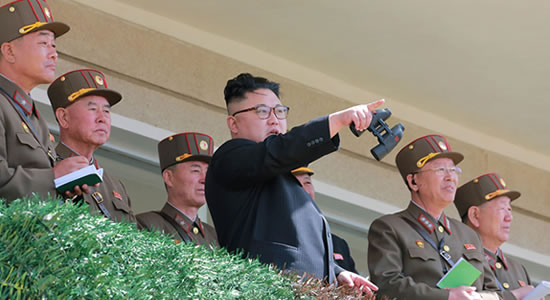 North Korean leader, Kim Jong-un has declared a state of emergency and imposing a lockdown in the City of Kaesong, a border town from South Korea, after the first suspected case of Coronavirus.

According to the State News Agency, KCNA Kim made the declaration during an emergency politburo meeting after a person suspected to have COVID-19 symptoms illegally crossed the border. He described the situation as a "critical situation in which the vicious virus could be said to have entered the country".

The suspected case is a person who defected to South Korea three years ago. This if confirmed will be the country's first COVID-19 case.

"An emergency event happened in Kaesong city where a runaway who went to the south three years ago, a person who is suspected to have been infected with the vicious virus returned on 19 July after illegally crossing the demarcation line," KCNA said.

North Korea closed its borders months ago when the wave of the pandemic hit the globe, Kim Jong-un has ordered an intense investigation into the military at the border and has ordered severe punishment for defaulters.