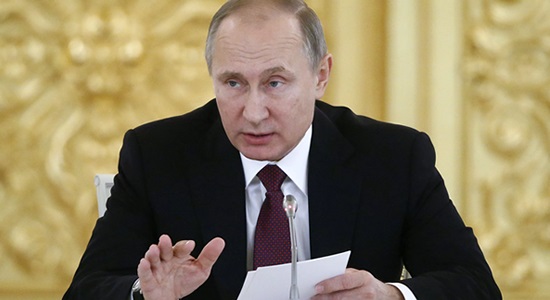 The meeting with King Salman and Crown Prince Mohammed bin Salman comes following attacks on Saudi oil installations that Riyadh and the U.S. have blamed on Iran, an ally of Moscow

During the visit, Putin is expected to seal oil agreements with Riyadh as well as use his influence to neutralize the rising tensions between Riyadh and Iran.

Issues concerning oil may be the main topic of discussion between the leaders, Russian political analyst Fydor Lukyanov said, as a deal between the 24 members of the Organization of the Petroleum Exporting Countries (OPEC) is due to expire next spring.

Russia is not a member of OPEC, headed by Saudi Arabia, but it has worked closely with the group to limit supply and push up prices after a 2014 slump that badly hit the Russian economy.

Analyst Lukyanov said that Moscow with its older ties to Iran could play the role of peacemaker as tensions between Tehran and Riyadh continue to rise.

Tehran has denied involvement and warned of “total war” in the event of any attack on its territory. (NAN)