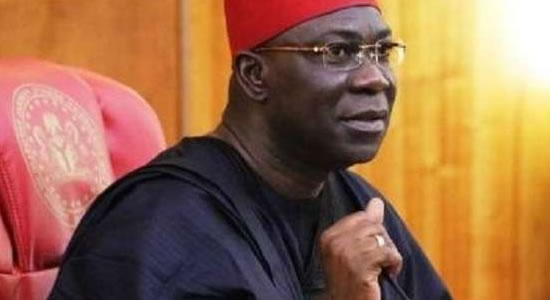 Ekwermadu who was defeated by Omo-Agege on Tuesday, at the inauguration ceremony and election of the leadership of the 9th senate, lamented that it was wrong and embarrassing for senators to elect a thug and mace snatcher as the deputy senate president.

Speaking to newsmen in Abuja shortly after the election he said

“I believe there must be a referendum. It is embarrassing for the Senate to have elected Omo-Agege, who led thugs to steal the mace."

Omo-Agege polled 68 votes to defeat Ekweremadu who got only 37 votes.