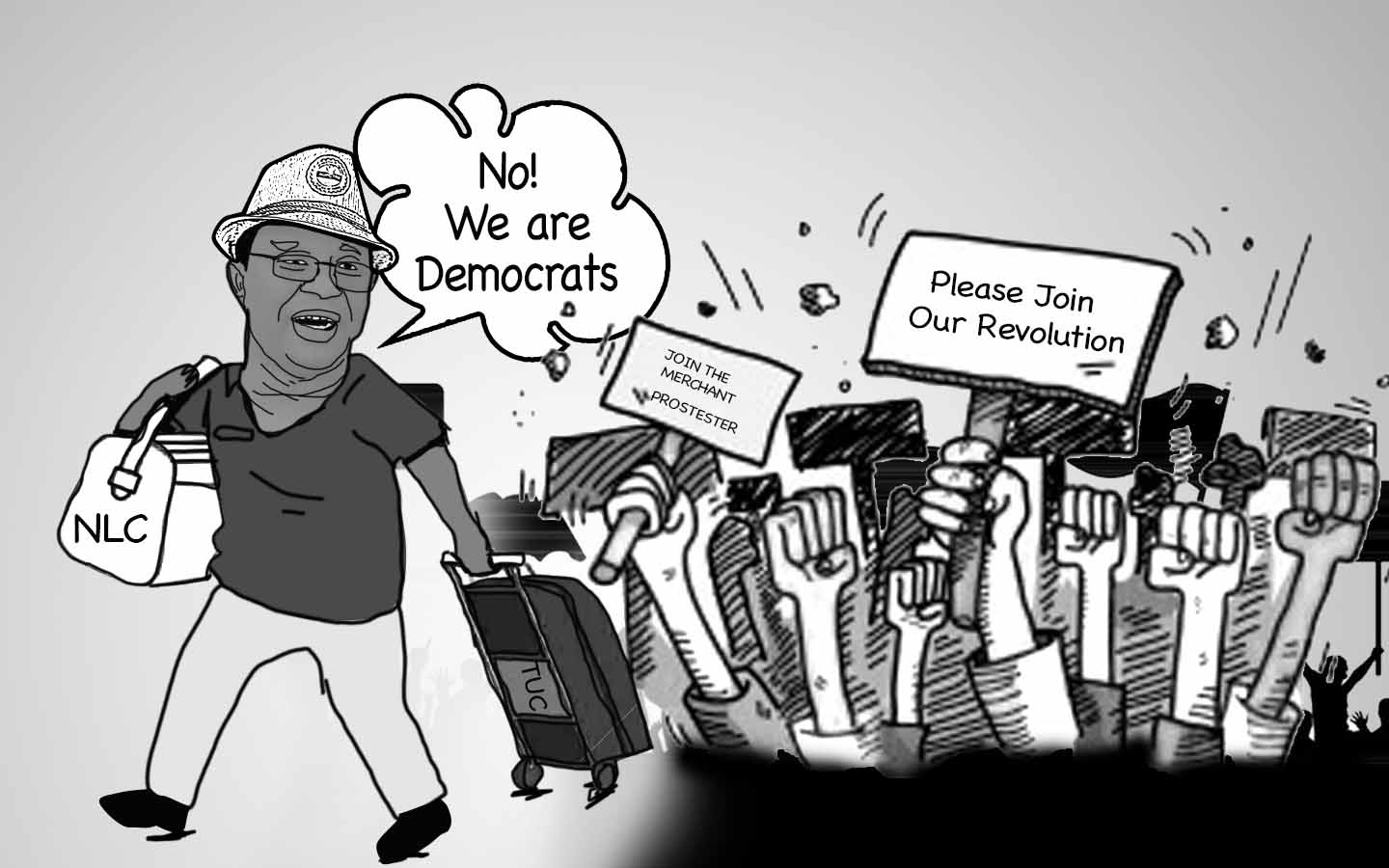 WHY LABOUR STAYED AWAY FROM PLANNED REVOLUTION

Information has emerged on why the organised labour under the aegis of Nigerian Labour Union (NLC) and Trade Union Congress (TUC) has refused to be associated with the planned revolution protest, being championed by the Presidential Candidate of the African Action Alliance (AAC) and Publisher of Sahara reporters, OmoyeleSowore.

Central to their decision was the illegality of the action. The organised labour believes that while peaceful protest andfreedom of expression is part of the practice of democracy, revolution as a process of changing the government is not only illegal but treasonable. It says this is akin to the use of a gun by the military to topple a duly elected government.

Similarly, the labour leaders were also wary of ‘commercial activists’ and “merchants of protests” who hide under the guise of activism and mass protestto enrich themselves.

According to a source within the organised labour, they were surprised when a few days after the idea of a revolution became public, themobilisersapproached them and sought to buy their support. Suspecting blackmail and possible entrapment, the labour leaders said they were unequivocal in the refusal of what they described as a “Greek gift.”

It then became obvious that the planned protest was not borne out of genuine concern for the wellbeing of the citizens, but was being sponsored by those who want to gain power through the back door. To put itstraight, the latest call for street protest is being paid for by warmongers and politicians who are trying to use looted funds to buy themselves power through a faux revolution.

According to one of the labour leaders, “genuine change can only be achieved when citizens embrace a change in attitude and mindset towards the Nigerian project and when we all play our parts as partners in nation-building. We cannot allow ourselves to be used by an individual for their self-serving agenda.

He states that the Nigerian labour Union is a legally recognised body that cannot dabble into illegality nor be partakers of action that can threaten the nation’s burgeoning democracy. He warned the youth to be careful not to be used by those who trade in the number of persons they can mobilise for a protest, while their children and relatives are safely hidden in their houses in Dubai, United States and the United Kingdom