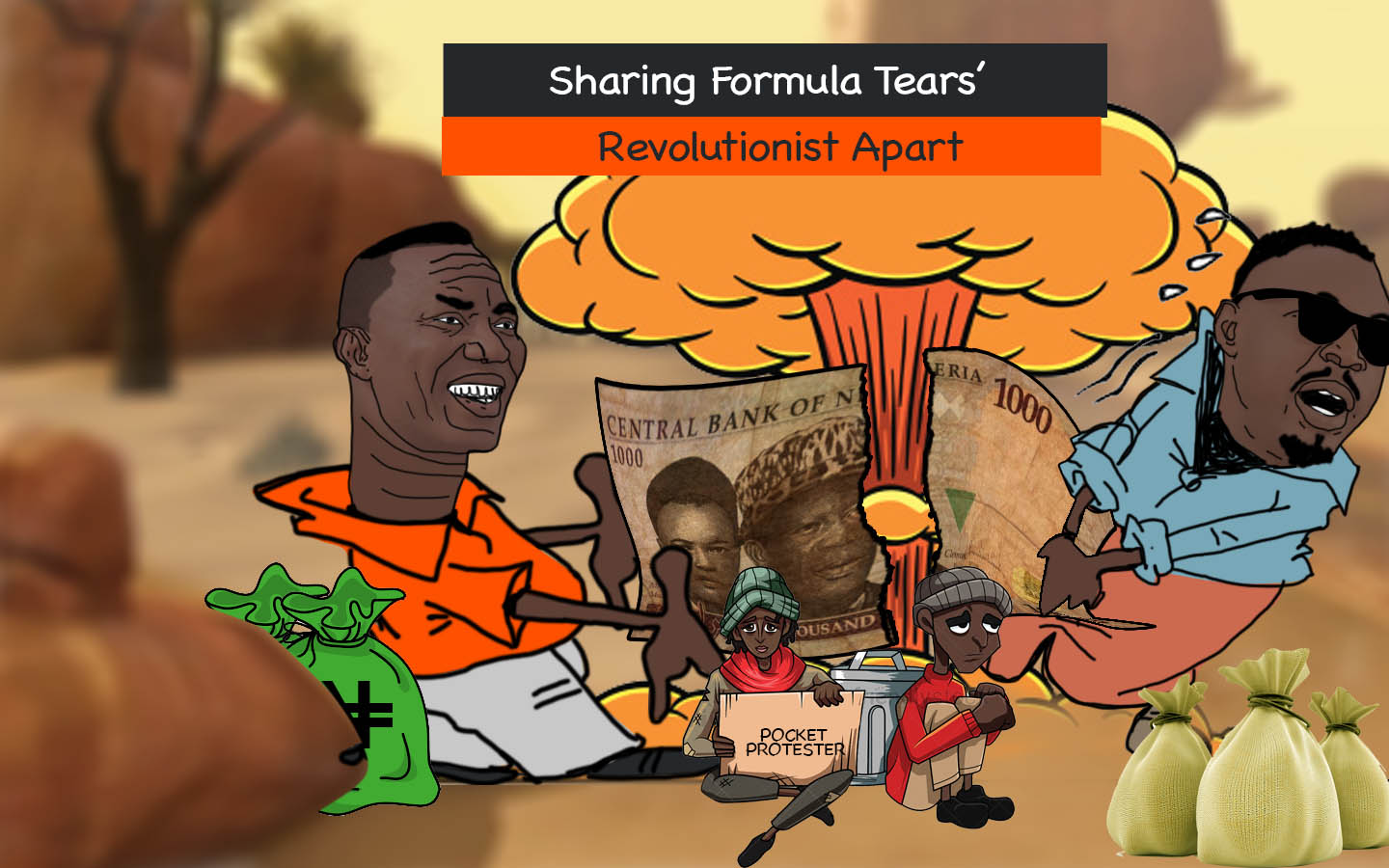 All appears not to be well within the ranks of the self-styled Nigerian revolutionaries following emerging allegations of commercialization of the struggle and the refusal by major organizers of the protest to evenly distribute funds so far received.

Yele Sowore, the presidential candidate of the African Action Congress (AAC) in the last presidential election and owner of the popular online newspaper, Saharareporters had announced the commencement of revolutionary protest across the country. He did thisby launching hashtags on Social Media such as as#RevolutionNow, #ThisIsNotMyCountry and the #DayOfRage. He maintained that the action was aimed at drawing the attention of Government to the ills of the society including insecurity, unemployment, bad roads, and lack of electricity among others.

Although the hashtags have continued to trend across the various social media platforms, indications have emerged that some actors, mainly student union leaders in some Universities have queried Sowore's refusal to disburse collected funds to the various coordinators. One of the aggrieved coordinators disclosed that Sowore collected monies running into about $35m from some Nigerian politicians and Middle East diplomats in the United States and Dubai.

He claimed that the money collected from Dubai is believed to have been offered by the diplomat who is seeking the destabilization of the country in reaction to the continued incarceration of the leader of Shiites, Ibrahim El-Zakzaky.

Currently, some of the coordinators are threatening to pull out of the planned revolution on Monday. One Kunle Omoshola, who claimed to be the coordinator in Ogun State said the initial plan was for the money to be distributed to the various state coordinators one week before the protest. He wondered why Sowore was still reluctant to release funds to aid the mobilization process.

"I may not participate in the so-called revolution protest anymore. Some of the organizers have commercialized the exercise. They collected money and are still holding tight to it. That is not how things work. That was how "Our Mumu Don Do" group collapsed. Charly Boy betrayed Adeyanju by collecting money from the same government they were meant to be fighting. If Sowore fails to release the money, he should go to the street alone. Let Moses Andrew and the other selfish and hungry sell-outs follow him."

The issue of money and the sharing formula has been agitating the minds of many close associates of Sowore who are urging him to release the funds meant for the twelvestates shortlisted for the flag-off of the protest. Investigations by vigil 360 indicate that during a recent meeting in Dubai between Sowore and some top opposition politicians from Nigeria as well as Shiite leaders from Iran,30million dollars was earmarked to mobilize Nigerians in twelve states to come out and protest on 5th August 2019. The states billed for the flag-off protest are; Lagos, Ogun, Enugu, Abia, Rivers, Edo, Anambra, Kano, Kaduna, Benue, Adamawa and the FCT .

Those who attended the Dubai meeting expected that at least a billion naira will be shared among activists in each of the states billed to commence the initial protest. But to their chagrin, as the days for the revolutionary protest draws nearer, Sowore seems to be playing with their intelligence by not releasing sufficient funds for mobilization in states.

Meanwhile, it is unknown whether some of the aggrieved coordinators tipped off the DSS off before Sowore's arrest.

A Police source privy to the arrest told Vigil360 that so many cases have been established against Sowore and he might be charged to court next week. He said to attempt to unseat a democratically elected government was treasonable and should be condemned by all well-meaning Nigerians. He charged those aggrieved with the government to join political parties and vote out non-performing government officials.