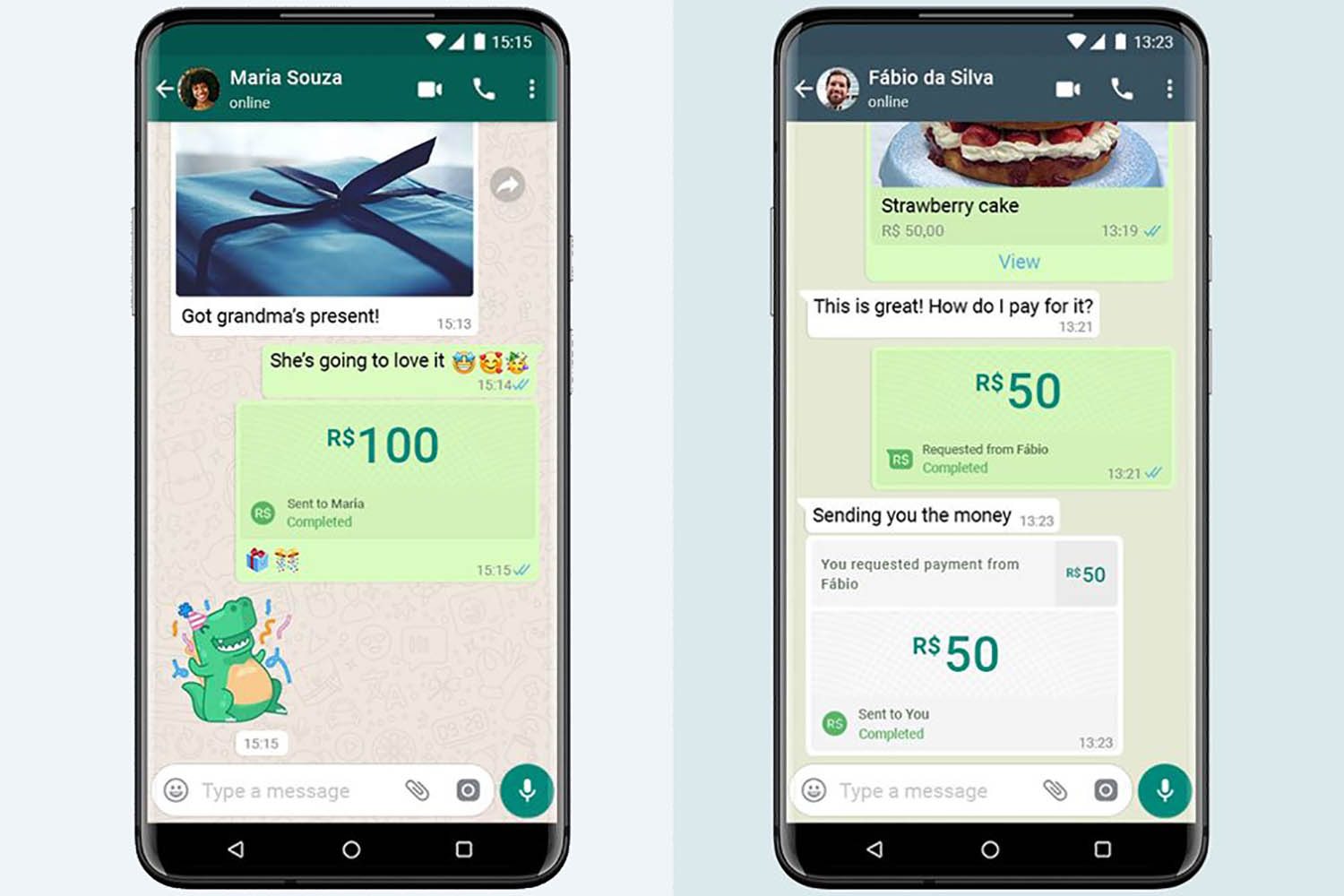 Facebook has rolled out WhatsApp Pay which will allow users to send money to one another for free or make purchases from small businesses without leaving the platform.

In a bid to compete with e-commerce giants like Amazon, Facebook through the messaging App it acquired in 2014 has unveiled WhatsApp Pay. Although, the company has started to roll out Facebook Pay, a similar service, on its main Facebook platform and Messenger app, while last month it launched Facebook Shops to allow sellers to create digital storefronts on Facebook or Instagram in what Deutsche Bank analysts deemed a $30bn-a-year revenue opportunity.

WhatsApp at the launch of WhatsApp Pay said it would facilitate peer-to-peer payments for users for free, and that the system would integrate with Facebook Pay so that users’ card information would be saved across both services.

Small businesses, which can already respond to questions from users and upload a catalogue of products in WhatsApp’s business version, will have to pay a 3.99 per cent “processing fee to receive customer payments”, WhatsApp said, adding that this was “similar to what they may already pay when accepting a credit card transaction”.

The Brazil launch is the first nationwide rollout of payments on WhatsApp and follows chief executive Mark Zuckerberg’s comments earlier this year that the company would prioritise introducing the feature in four markets: Brazil, Mexico, Indonesia and India.

Payment processing will be facilitated by Cielo, WhatsApp said. The system would support debit or credit cards from Banco do Brasil, Nubank, and Sicredi on the Visa and Mastercard networks, it said, adding that it had “built an open model to welcome more partners in the future”.

A WhatsApp representative said that “WhatsApp and Facebook will not automatically use your payment account and transaction details to inform the ads that you see”, but those individual businesses could use certain user information “for advertising purposes”.

“The business has a responsibility to ensure that it handles your data in accordance with its privacy policy and applicable law,” the representative added.

Brazil is its second-largest market after India, where its efforts to launch a payments service have been held up for two years by regulators.

“Making payments simple can help bring more businesses into the digital economy, opening up new opportunities for growth,” WhatsApp said on Monday. “In addition, we’re making sending money to loved ones as easy as sending a message, which could not be more important as people are physically distant from one another.”

In India, WhatsApp’s efforts to launch a digital payments service have been held up by regulators, including the country’s central bank, for two years, despite a testing initiative. It said the app was still waiting for regulatory approval but was aiming to launch as soon as possible in the market.

In April, Facebook announced that it would pay $5.7bn for a 10 per cent stake in Indian telecoms group Reliance Jio and that the two companies would focus on a partnership with JioMart, Jio’s newly launched e-commerce platform.

In Indonesia, Facebook last month invested an undisclosed amount in ride-hailing company Gojek, Indonesia’s biggest unicorn — or a start-up with a valuation of at least $1bn — focused on its digital payments arm GoPay.