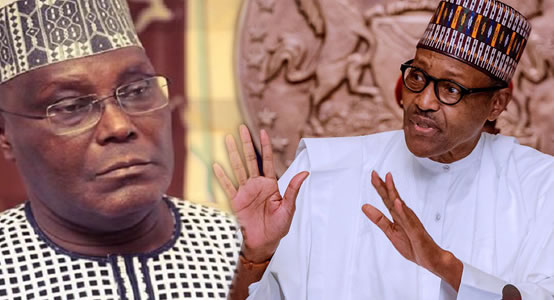 The tribunal has slammed the PDP petition challenging Buhari eligibility and integrity of the poll in its entirety.

The Peoples Democratic Party (PDP) presidential candidate, Atiku Abubakar challenged the victory of President Buhari in the February 23rd general election on the ground that irregularities marred the electoral process and a failure to abide by the electoral laws.

The Independent National Electoral Commission (INEC) had declared Buhari of the All Progressives Congress (APC) as the winner of the election after scoring 15,191, 847 votes as against the PDP candidate who pooled d 11, 262, 978 votes.

In a five-man panel led by Justice Muhammad Garba ruled on several petitions in connection to the general presidential election held on 23rd February 2019.

In one of its rulings, INEC contested that Atiku’s lead counsel, Livy Ozoukwu be disqualified on the ground that he is not known to the judiciary, which the panel dismissed.

The tribunal subsequently agreed with the counsel to the President that it cannot adjudicate on the allegations that Vice President Yemi Osinbajo used inappropriate government’s funds to persuade voters into their fold.

In his ruling, Justice Garba, read the lead judgement affirming that President Buhari ” is eminently qualified”  to contest the 2019 presidential election.

Citing a previous Supreme Court judgment, the lead Judge disclosed that “Submission of educational certificate is not a requirement for qualification to contest election for governor under section 177 of the Constitution.

He revealed that “It is recognized that a candidate is not compelled by the Electoral Act to attach his certificate to his Form CF001 prior to adjudging the candidate to have the requisite qualification to contest the election.

”Thus our conclusion is that Buhari is not only qualified but eminently qualified to contest the presidential election.”

The tribunal said the onus rest with the petitioner (the PDP/Atiku) to prove beyond reasonable doubt that the second respondent (Buhari did not attend secondary school, or he submitted a false certificate to gain entry into the military.

“I come to the conclusion and I resolve issues 1 and 2 against the petitioners.

Considering the central server which the petitioner alleged election results were transmitted electronically, the tribunal said manual provided by INEC did not provide for electronic transmission of results.

Justice Garba added: “These claims cannot be countenanced because they lack worth. “Based on the available evidence, it is clear that the results were collated manually.

So also “Card reader machine has not replaced the voter register. A petitioner must rely on the card reader to prove non-accreditation or over voting.

Therefore all their petitions were quashed.