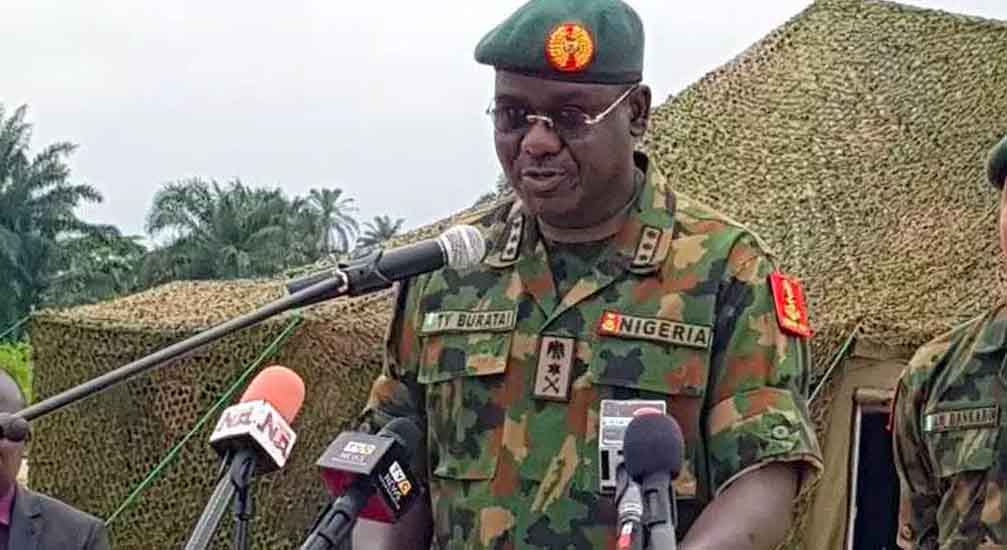 As part of efforts to bring to end security restiveness in the South East region of Nigeria, the Nigerian Army on Wednesday said it had changed the name of its ongoing internal security exercises, Python Dance or Egwu Eke in the South-East region to Atilogwu Udo.

"Atilogwu Udo" is an Igbo expression that can be translated as dance of peace.

The disclosure is contained in a press release by the Nigerian Army Operations Media Coordinator, Col Aminu Iliyasu, who revealed that the exercise’s new name would not affect the other components which were to tackle “kidnappings, armed robbery, inter-cult and communal clashes in the region.”

Iliyasu said, “The authorities of the Nigerian Army have changed the name of one of its annual training exercises code-named, “Exercise Egwu Eke” to “Exercise Atilogwu Udo.”

He revealed that the annual training exercise commenced in 2016 and has consistently recorded remarkable successes since its introduction.

Col. Iliyasu reiterates the Chief of Army Staff, Lt Gen Tukur Buratai, commitment in protecting lives and properties of citizens particularly during the ember months and the fast-approaching Yuletide season.”