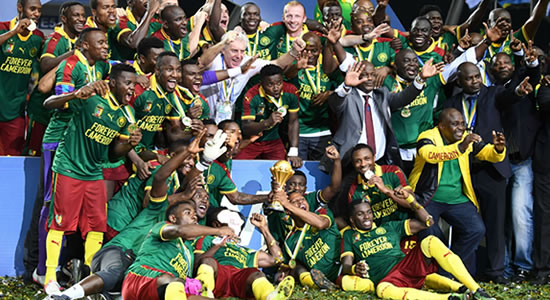 FIFA has appointed a committee to run crisis ridden Cameroonian football association. "The Bureau of the FIFA Council has today decided to appoint a normalisation committee for the Cameroonian Football Association (FECAFOOT)," FIFA said in a statement released Wednesday. The normalisation committee will be composed of an adequate number of members to be identified by a joint FIFA and CAF mission scheduled to take place very shortly,” a statement from Fifa read.

The decision is the latest in a long list of embarrassments that the Cameroonian football body is plagued with as doubts grow over the country's ability to host the 2019 Africa Cup of Nations. Cameroon is struggling to complete the necessary infrastructure projects to host the three-week event.

Continental football Chief Ahmad Ahmad warned this month that Cameroon was "not ready" to host the 2019 tournament, which will be expanded to 24 teams for the first time and held in June and July. "Cameroon isn't ready to welcome even four teams" said Ahmad, the president of the Confederation of African Football (CAF).

That drew a pledge from Cameroonian President Paul Biya that his nation "will be ready when the day comes". The FIFA appointed committee will act as an electoral committee and none of its members will be eligible for anyu open positions in the elections.

"It's just the executive that is (no longer) existing." Binyam said.