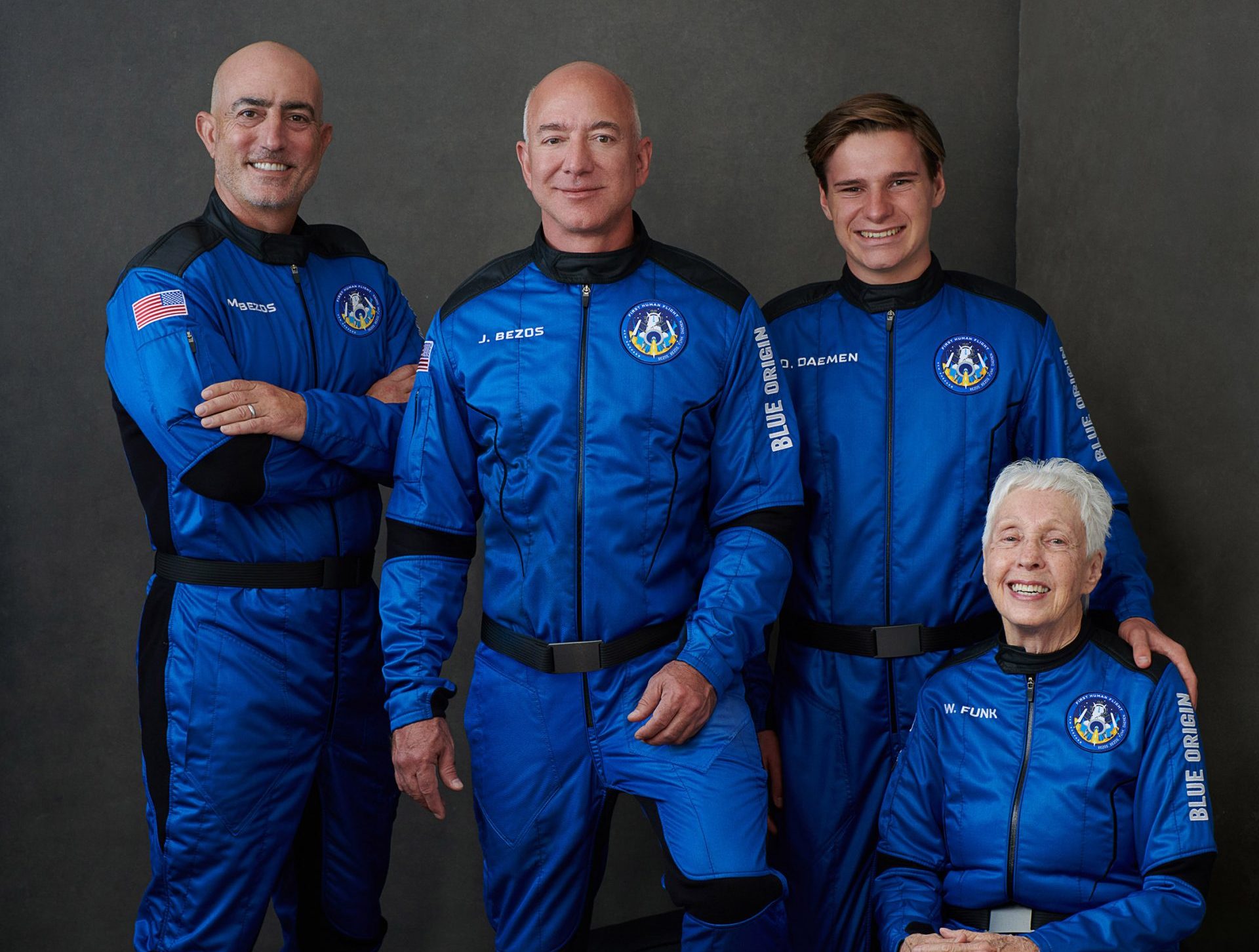 The Amazon founder and richest man on Earth blasted into space on Blue Origin’s New Shepard rocket Tuesday morning with three crewmates which included his brother Mark Bezos as well as the oldest and youngest people ever to fly into space – 82-year-old pioneering female aviator Wally Funk and Oliver Daemen, 18, a physics student. Daemen, whose seat was paid for by his father, Joes Daemen, CEO of Somerset Capital Partners, was put on the crew after the winner of an anonymous $28 million auction for the flight had to postpone due to a scheduling conflict.

New Shepard lifted off from the company's facilities in Van Horn, Texas, shortly after 9 a.m. ET. The date of July 20 for the inaugural flight is significant – it's the same day in 1969 that Neil Armstrong and Buzz Aldrin aboard Apollo 11's Eagle became the first humans to land on the moon.

The mission, which Blue Origin dubbed NS-16, was the company’s first manned launch, and Funk and Daemen are now the oldest and youngest people ever to travel to space, respectively. Bezos will have to settle for being only the second billionaire in space after Virgin Galactic founder Richard Branson went there and back on his own company’s rocket plane earlier this month.

The New Shepard capsule is fully autonomous and was not carrying a trained pilot on its flight. None of the four passengers was wearing traditional spacesuits, which Bezos called “redundant,” since the New Shepard’s cabin is pressurized.

Blue Origin expects to follow Tuesday’s successful launch with two more human spaceflights before the end of 2021, more than half a dozen in 2022, and would like to one day launch a crewed flight every two weeks or so, according to company CEO Bob Smith.

With Bezos' flight complete, Elon Musk, the head of SpaceX, is left as the odd man out in the billionaire space race. Even so, Musk's SpaceX, which has flown astronauts to the International Space Station, is a heavyweight in the commercial space business compared with either Virgin Galactic or Blue Origin.

For now, space travel is only for the extraordinarily wealthy as Japanese billionaire entrepreneur Yusaku Maezawa is scheduled to orbit the Moon in 2023 aboard a rocket flown by SpaceX, the company owned by Elon Musk. In September, American tech billionaire Jared Isaacman will embark on a three-day Earth orbit on a SpaceX craft. However, Bezos has said he envisions a time in the not-too-distant future when “millions of people are living and working in space.”