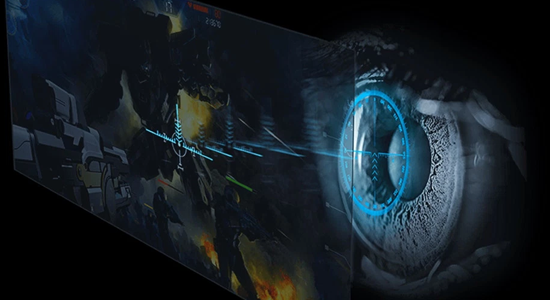 In what is seen as prelude to the end of computer keyboard and mouse, Microsoft has launched eye gaze in the latest windows 10 update. Microsoft CEO Satya Nadella, announced last week at Redmond's annual "One Week" hackathon that in addition to native eye-tracking support, Windows 10 will eventually offer users the option to control the mouse, keyboard and text-to-speech with only their eyes and a camera.

The tech, called "Eye Control", will help lesser-abled individuals – such as those affected by motor neuron diseases – to use computers without a mouse and keyboard.

Several companies already use basic eye tracking in their products. For example, Samsung's Galaxy S7 dims the screen when you look away, and Apple acquired the German eye-tracking company SensoMotoric instruments earlier this year – though no one's sure what for yet.

With cameras from Swedish firm Tobii, Windows 10 users can already log in or open applications with a glance.

Microsoft says the idea for Eye Control came from the 2014 One Week event's winning project, "The Eye Gaze Wheelchair", which allowed a participant with amyotrophic lateral sclerosis to drive a wheelchair by looking at controls on a Surface device.

The project inspired Microsoft to form a research group to study eye tracking and the Windows team jumped on to support it on the OS.

Now Eye Control is available as a beta through Windows Insider Preview version 10.0.16251 or higher.It only works with select cameras like the Tobii 4C (€159).

According to Tobii, Eye Control lets users type by focusing on a word's first letter, glancing at others and focusing again on the last letter. They can move the mouse by looking at the area of the screen where they want the cursor.