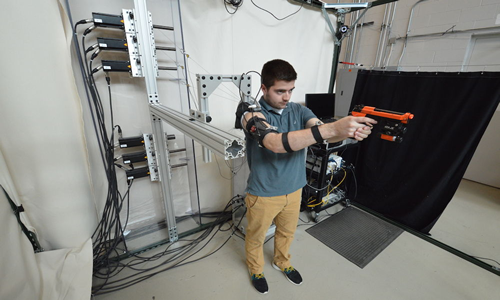 The purpose of research into exoskeleton was to the advancement in achieving success in security and military operations.

The earliest exoskeleton-like device was a set of walking, jumping and running assisted apparatus developed in 1890 by a Russian named Nicholas Yagin. As a unit, the apparatus used compressed gas bags to store energy that would assist with movements, although it was passive in operation and required human power. An exoskeleton is the external skeletons that supports and protects an animal's body, in contrast to the internal skeleton (endoskeleton) of, for example, a human.

In usage, some of the larger kinds of exoskeletons are known as "shells". Examples of animals with exoskeletons include insects such as grasshoppers and cockroaches. The beginning of the development of humanoid robotics coincided with the beginning of the development of the world's first active exoskeletons at the Mihailo Pupin Institute in 1969, under the guidance of Prof. Vukobratovic. Legged locomotion systems were developed first. Wearable robotics for the military is the most dynamic subset of the exoskeleton industry.  Military exoskeletons are being tested by the U.S., China, Canada, South Korea, Great Britain, Russia and Australia.

The purpose of research into exoskeleton was to the advancement in achieving success in security and military operations. Imagine a day when security operatives and military officers won’t have to pull back in the face of enemy fire, instead, they’ll wear armor that allows them to literally walk through a hail of gun fire and snatch their target away. Who will need drones when you can snatch a guy off the street with minimal risk of casualties?

Assault teams, be it soldiers on operation or security persons, they often have to travel distances while carrying heavy packs and equipment. A soft, lightweight exoskeleton takes on some of that weight, reducing the burden on a body. It uses a system of powered cables to provide mechanical assistance, adding carefully timed pulling forces to natural movements so that the user’s own muscles expend less energy.

The exoskeleton suit serves several roles, with a wealth of sensors providing stats on body temperature, heart rate, position, hydration and more. The body armor can also transform from liquid to solid, allowing the user to wear the suit comfortably outside of combat, while switching back when needed.

Exoskeleton can be subdivided based on usage into, work/industry, consumer/civilian. But for the purpose of this paper we would be focusing on the military exoskeletons, which can be divided into categories based on function. 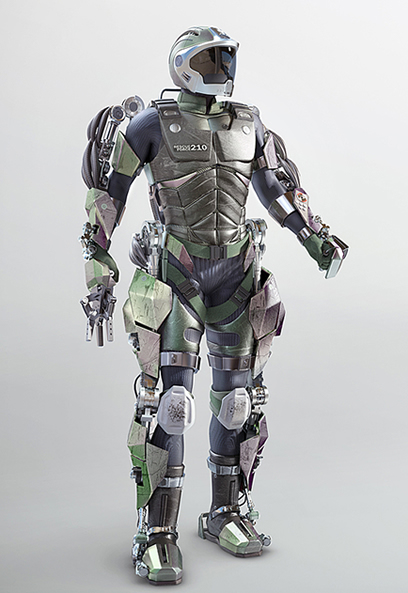 These are wearable robots that cover the legs and the arms. They are large, have too many actuators and are difficult to power and control.  As a result, many later full body projects have been split in half into separate or modular lower body and upper body wearable robots.

The full body powered exoskeletons for the military that have reached a prototype stage remain:

I. HULC by Lockheed Martin and Ekso Bionics 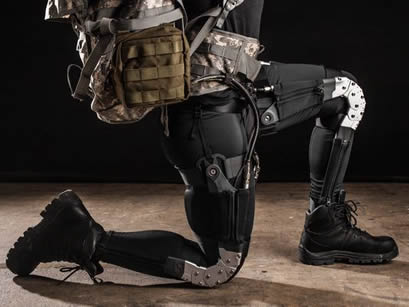 This provides assistance to the legs.  If the wearable extends all the way down to the ground, it can also be used to transfer loads.  Because a military exoskeleton always has to be flexible and compliant, the amount of load that it can carry while still moving quickly will always be limited. This allows for powered leg exoskeletons to be merged into one category based on their main purpose: provide mobility assist and decrease the metabolic cost of movement.

It might sound counterintuitive why security agencies and the armed forces would want to have an exoskeleton system that can’t go anywhere, but there really is one under investigation.  That is the MAXFAS: A Mobile Arm Exoskeleton for Firearm Aim Stabilization.  Based on research on tremor suppression exoskeletons, Dan Baechle wondered if natural hand movements and variations can be further suppressed using the same technology.  His initial research is extremely promising and test subjects have been able to improve their aim with a pistol after training on his stationary exoskeleton.