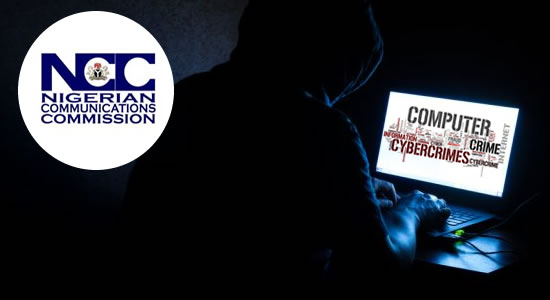 The Nigerian Communications Commission, NCC, says Nigeria currently ranks third globally in cybercrimes behind the UK and the U.S. NCC’s Chief Executive Officer, Umar Danbatta, disclosed this on Tuesday at the ongoing 2017 Annual General Conference of the Nigerian Bar Association, NBA, in Lagos. The News Agency of Nigeria, NAN, reports that the conference’ theme is: “African Business: Penetrating through Institution Building”.

Mr. Danbatta, at a breakout session with the sub-theme: “The Business of Cyber Law, Internet Policy and Privacy Rights”, moderated by Augustine Alegeh, a former NBA President, said the number of internet users in Nigeria has hit 91.6 million. About N127 billion was the estimated loss to cybercrime in Nigeria in 2015; Nigeria ranks third in global internet crimes behind the UK and U.S. A critical factor militating against Africa’s economic resurgence is the weakness of its institutions.

“Nigeria ranks 169 out of 199 on the World Bank’s ease of doing business rankings; we are in a middle of a revolution and the rise of what we call the networked society. The NCC stipulates the laws of engagement that will make the cyberspace safe and ensure the confidence as well as the safety of the cyberspace,” Mr. Danbatta, a panellist, said.

There are benefits and risks of the use of cyberspace and both has to be properly managed. NAN reports that other panellists at the breakout session were Bayo Adekanmi, the Chief Transformation Officer of MTN and Ibikun Abidoye, the legal counsel of Chocolate City Group. Others are Sascha Grimme, the Associate Solicitor of Cooley LLP, a UK-based Law firm; and Bisi Adebutu of Premier Lotto, also known as ‘Baba Ijebu.’

In his remarks, Ms. Adebutu gave insight into the challenges Premier Lotto faced in conducting transactions on the cyberspace. Premier Lotto has moved from the streets to the internet, we have faced certain challenges including paying those who do business with us.

The cyber laws are not favourable to our business; Premier Lotto ranks as the fourth most visited site in the country. We have no easy way of verifying or identifying the owner of cards used to transact business. In Nigeria, the business of giving is just emerging, and it is important that we respect the privacy of our clients when they interact with us through the use of usernames and passwords.

Gaming is very popular on the internet and fraud is one to the challenges we have; if we apprehend an individual trying to perpetuate fraud, we block their access to us. We also have challenges of having to discipline offenders and the cyber laws have to be properly identified and implemented to appropriately punish offenders,” Mr. Adebutu said.

Mr. Adekanmi, while speaking, noted that there is an ongoing online revolution happening in modern times, and that online security was very important. There is going to be what I call a technology apocalypse, you will wake up one day and someone is living your life somewhere. "Someone once said that identity theft is worse than kidnapping, there is a thin line between privacy and security in modern business,” the MTN executive said.

On her part, Ms. Abiloye, who discussed copyright challenges in the nation’s music industry, said the general perception of copyright is that its incentive is to encourage people to create.

“There is a public slant to copyright; there are a lot of cases about unfair use of copyright. In Nigeria, we have an endorsement culture and there have been instances where individuals use unauthorised images to promote a product. Internet and technology are moving at a pace faster than the music industry,” she said.

During the session, Folake Solanke, the first female Senior Advocate of Nigeria, queried the MTN executive and NCC CEO on what actions the organisations were taking about unapproved phone charges as a result of unsolicited text messages. Responding, Mr. Adekanmi said: “Somethings are beyond technology companies; we download a lot of free apps on our mobile phones.

“We get these apps for free but unknown to a lot of people, it is actually in exchange for our personal information which are then given to advertising companies. The MTN executive, using the popular app Truecaller to buttress his point, said that the app has a large database of names and other personal information of users, which are accessed by third parties for advertising."

“Send STOP to 2442 to unsubscribe to text messages; if the messages keep coming, dial 622 which is a toll-free number and the NCC will wade into the matter and ensure those messages stop,” he said.