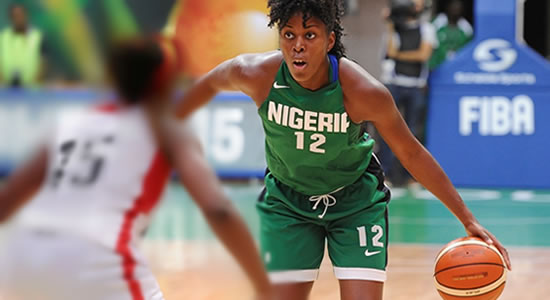 Tokyo 2020 Olympic: Nigeria D’Tigress Made The List Of Qualified Teams

D’Tigress, the Nigerian women national Basketball Team has on Saturday secured a ticket to join the Olympic 2020 Games to be hosted in Tokyo.

Despite losing 64-70 to host-Serbia in their second group game at the ongoing FIBA, the team was able to make it into the qualified ones for the tournament

Mozambique's quest to qualify ahead of Nigeria suffered a set-back as they woefully lost to the defending champions, the USA in their 49-124 matches.

Nigeria who took control of the initial quarter winning 22-21 points which were undone in the second and the third quarter paved way for Serbia to go back to contention winning 22-12 and 16-12 giving them an edge as they dive into the fourth quarter.

After cutting down the deficit, the team tries to bounce back to equalize 4 points shortly before the final whistle was blown, however, two successful turnovers by Ezinne Kalu change the whole situation.

The Team picked the last quarter, 18-11 a case of too little too late against the host who on the back of vociferous home support to win the game.

Kalu led the charge for Nigeria with 20pts, 3 rebs, and 2 stls while Promise Amukamara scored 15pts, 4 rebs on the night.

Team captain Adaora Elonu weighed in with 9pts of her own as well as 6 rebs.

About 68.75% conversion rate from 16 free throw attempts, 38.98% from field-goal attempts and 41.03% success from the trey points line summarised the performance of the girls on the night that they found it difficult for their shots to drop against the Serbians currently ranked 7th in the world.

On Sunday, Nigeria will take on the USA in their last group game, which will have no effect on the 2020 Olympics qualification.

The Nigeria Basketball Federation (NBBF) has now set the record of being the only federation in Nigeria to have two teams at the Olympics.