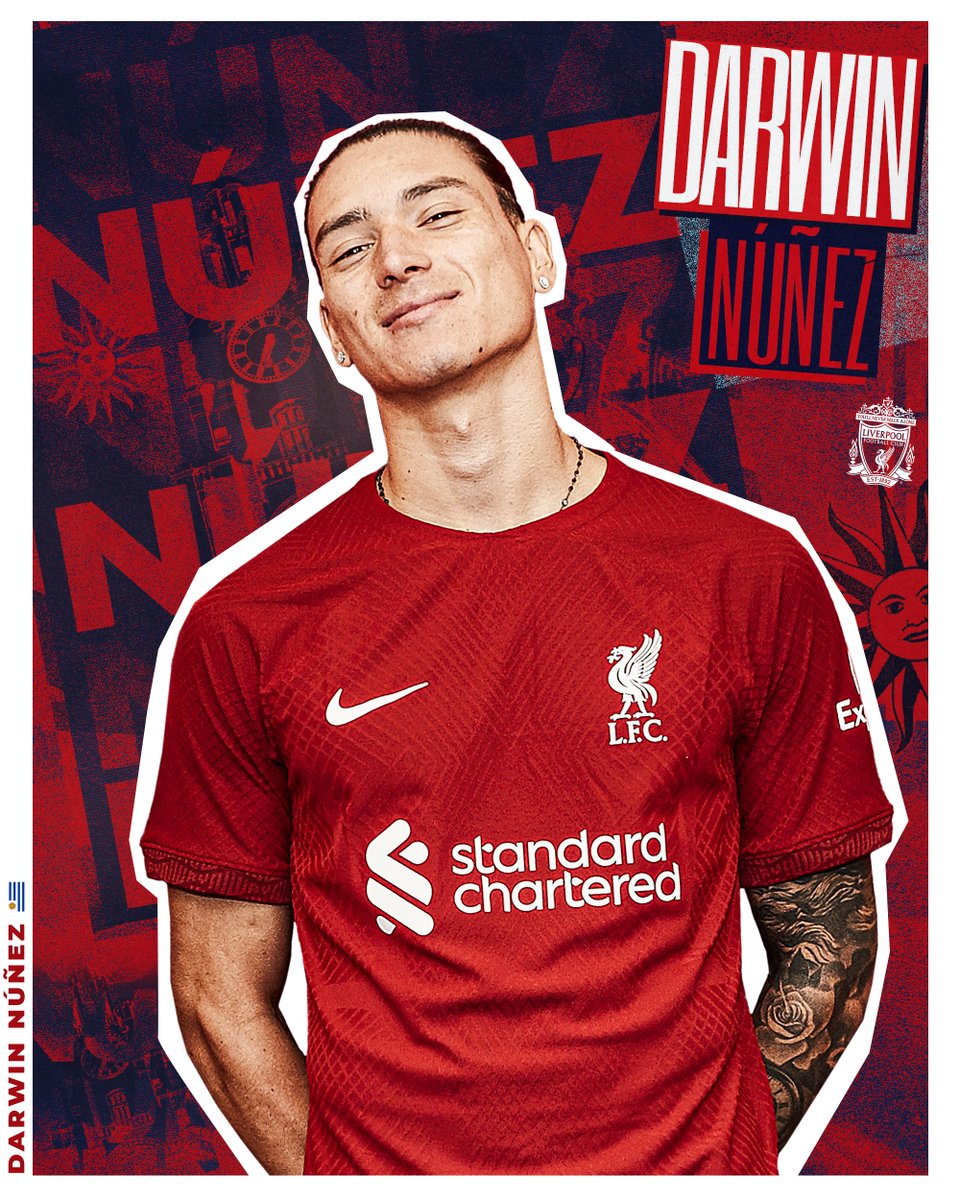 Liverpool has completed the signing of Darwin Nunez from Benfica for a club-record fee of £85m, with the Uruguay striker signing a six-year contract. The signing is however subjected to a work permit and international clearance. The forward will wear the No 27 shirt at Anfield, won previously by Divock Origi.

The 22-year-old may have broken the six times champions league winners' transfer record, he will, however, earn around the 140k per week, the same as the likes of Diego Jota and Luis Diaz, which is considerably less than that of Mo Salah, Roberto Firmino and Sadio Mane.

Nunez who has 34 goals to his name for Benfica in all competitions last season, including goals in both legs of the club's Champions League quarter-final defeat to Liverpool in April, will be joining the Reds with an upfront fee of £64m, which will rise to £85m should Nunez reach a number of milestones outlined in his agreement.

According to the striker, "I'm really happy and delighted to be here at Liverpool. It's a massive club. It's a pleasure to be here in Liverpool and I'm very happy to be a part of this great club.

"I've played against Liverpool and I've seen them in lots of games in the Champions League, and it's my style of play. There are some great players here and I think it's going to suit my style of play.

"As I say, I've watched quite a lot and it's a very big club and I hope I can give everything that I've got in order to help the team.

"That's one of the reasons why I came here to Liverpool - to win trophies and titles. I want to win a lot of trophies at Liverpool."

Reacting to the signing of the club’s new No.27, manager Jürgen Klopp stated that “This is super news, really super news. I’m very grateful to everyone at the club for making it happen. We’ve shown decisiveness and ambition in equal measure.

“Darwin is a wonderful player; already really good but so much potential to get even better. That’s why it’s so exciting, to be honest. His age, his desire, his hunger to be even better than he currently is. His belief in our project and what we are looking to do as a club.

“He is as excited by us as we are by him, which makes for a great relationship when you appreciate each other’s strengths. That is certainly the case here. He thinks we suit him and we believe he is the right fit for us – so let’s do it.

“He has all the pieces we look for. He can set a tempo, he brings energy, and he can threaten space from central and wide areas. He is aggressive and dynamic with his movement.

“He plays without fear, he’s powerful. I know he will excite our supporters.

“It’s important we all recognise we are getting a ‘work in progress’ with Darwin. He recognises that himself, for sure. I love how much focus and humility he has.

“We have wonderful attacking options already and he becomes part of that now. So there is no pressure on him at all. He signs for a very long time and we intend to nurture his talent and see it grow.

“He’s the latest addition to the wonderful LFC family and I’m sure our supporters will make him feel at home from the first moment he has the Liver bird on his chest.”