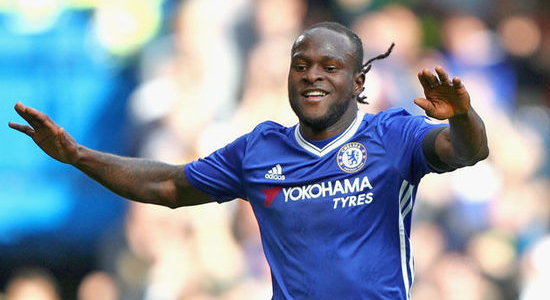 Spartak Moscow has permanently signed Chelsea and Nigeria winger Victor Moses on a two-year deal after spending a season-long loan from Chelsea.

The 30 year who was part of Chelsea sides that lifted the Europa League with Rafa Benitez in 2013 and Maurizio Sarri in 2019 has struggled for minutes in recent years with the Stamford Bridge outfit relying on Cesar Azpilicueta and Reece James.

Moses who joined the blues in 2012 has had loan spells with Liverpool, Stoke City, West Ham United and, again with Conte, at Inter Milan.