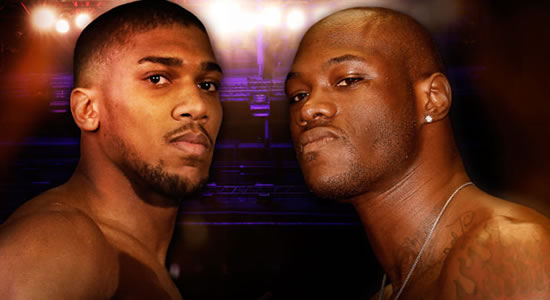 American boxer Deontay Wilder has front-footed negotiations for a world heavyweight unification fight with Anthony Joshua, offering his British rival a guaranteed purse of US$50 million. WBC champion Wilder is desperate to fight Joshua who has the IBF, WBA and WBO belts to find an undisputed champion.

Wilder's promotional team appear to have come up with mega-money for the bout though Joshua's boss Eddie Hearn has his doubts.

Anthony Joshua beat Joseph Parker on points to add the WBO belt to his collection.

Joshua has been given 24 hours to sign the contract by Wilder's boss Shelly Finkel.

"We want [Joshua] to fight Deontay in his next fight and we offered him US$50m," Finkel told Sky Sports UK.

"If he accepts it, it will be there. Al Haymon and I have not delivered what we've offered. If [Joshua] says he is not going to take US$50m, it means he doesn't really want to fight him next."

Finkel said the offer contains no rematch clause and that it would be the next fight for each boxer, taking place between September and December at a venue of Wilder's choosing.

Hearn is in New York this week because he is promoting an HBO doubleheader at Barclays Center in Brooklyn headlined by Daniel Jacobs against Maciej Sulecki in a middleweight world title eliminator. While he is here, he, Finkel and Haymon are scheduled to meet Friday to discuss a Joshua-Wilder deal.

"They said we have to accept the fight by [Thursday], which is ridiculous when we have questions that need to be answered," Hearn said. "But we have a meeting on Friday, and we will go through the offer. I'd like to see a contract and see where the money is coming from, and the location of the fight is important. We don't have a problem doing it in America, even though we'd like to do it in the U.K."

The 28-year-old Joshua (21-0, 20 KOs) won a world title in 2016 and has made five defences, including unifying three belts with a decision win against Joseph Parker on March 31 in Cardiff, Wales. Wilder (40-0, 39 KOs), 32, of Tuscaloosa, Alabama, won his belt in 2015 and has made seven title defences, including scoring a massive 10th-round knockout of then-unbeaten top contender Luis "King Kong" Ortiz in a riveting fight on March 3 at Barclays Centre.