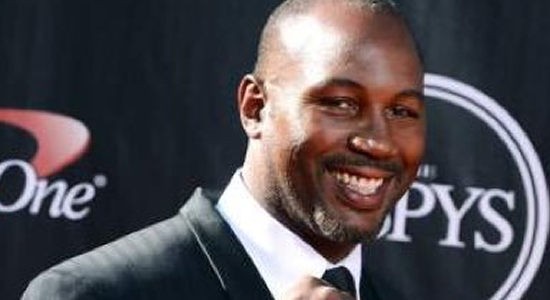 "There are tremendous build-up and hype but I don't really take it as a serious fight," Briton Lewis told Sportsweek.

He added that "nothing is ever obvious when it comes to gimmicks and hype" but "Mayweather should win it".

But Lewis told BBC Radio 5 live: "I wouldn't count a fight like this as a 'fight'. He's basically boxing a guy that is a UFC fighter and not a boxer.

He added: "Everybody wants to know what's going to happen.

"Is McGregor going to throw a kick because, obviously when he resorts to boxing and realizes he is no match for Mayweather, what will he do? How will he get around that?

"No other boxers from 49 fights have figured out how to beat Mayweather - now a UFC fighter that doesn't even have a boxing career is trying to beat him at boxing - I think it's a farce to a certain degree.

"I don't think it is a fight that I am going to jump on a plane and go to see unless they pay me to commentate on it."